I’ve been looking at the “left-hand to right-hand running railways” theme for some months now, and I’m still finding more examples – this time it’s the tramway network of Zürich, Switzerland.

The switacharoo is required for trams using the Milchbuck–Schwamendingen tram tunnel on routes 7 and 9. 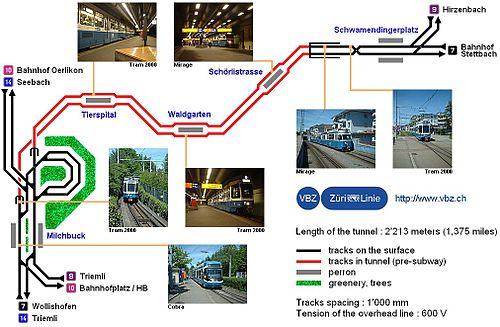 Photo by No machine-readable author provided. Stephane205 assumed (based on copyright claims)., via Wikimedia Commons

The 2.5 km long tunnel with three stations was built in the 1970s for a U-Bahn system that was abandoned in 1973, leaving an empty concrete shell. It was later decided to turn over the unused tunnel to trams, which first used the route in 1986. Each station was equipped with a island platform 138 meters long and 6 meters wide. 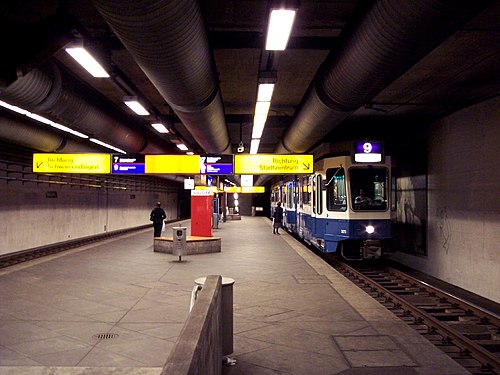 Photo by User:Iwouldstay, via Wikimedia Commons

However there was one problem – Zürich uses unidirectional trams, with doors only on the right side of the vehicle, so trams had to run on the left track to utilise the platforms – the opposite to normal. 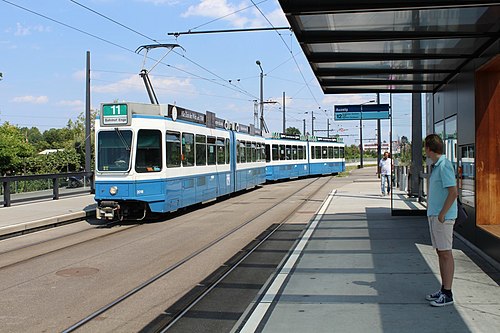 So two crossovers were required where the tunnel tied into the rest of the VBZ tram network – the crossover at Schwamendingerplatz is a conventional at-grade diamond crossing once the tracks leave the tunnel. 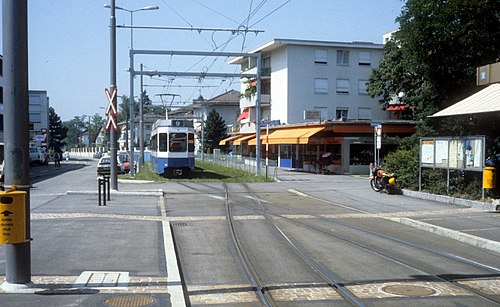 But a more complicated arrangement exists at the Milchbuck portal – the two tracks cross over using a underground flying junction leading to two single track ramps. 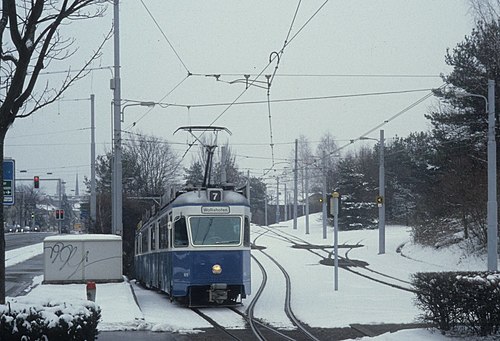 Which merge into a complicated web of surface tracks beside a reversing loop. 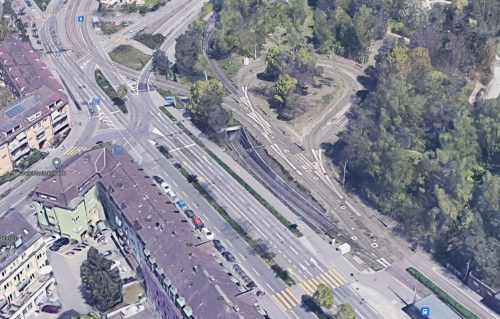