Holmestrand – the station deep beneath a mountain

Underground stations on metro systems are a dime a dozen, but ones located on mainline railways are far less common – with Holmestrand station in Norway being one of them, being located 70 meters beneath a mountain. 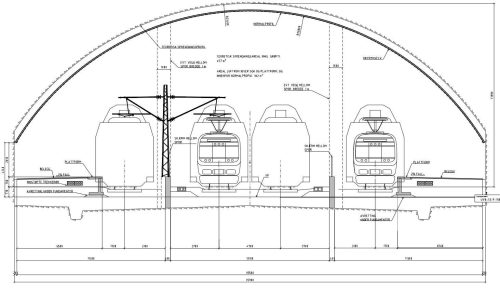 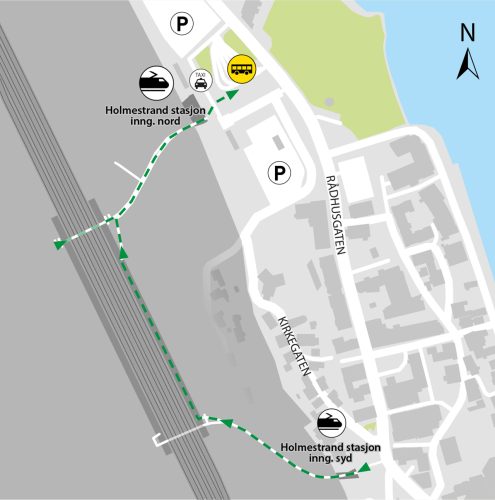 And the third exit is located on the top of the mountain.

Accessed via a 70 metre lift shaft. 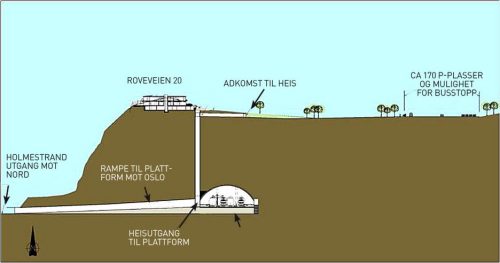 The station opened on 28 November 2016 as part of a project to duplicate the Vestfold line, with the new 12 kilometre long tunnel replacing the old surface route through the town of Holmestrand.

Originally opened in 1881, the single track route through Holmestrand had been built as a narrow-gauge railway, converted to standard gauge in 1949 and was electrified in 1957.

I’ve written about a station inside a mainline tunnel before – “Stazione delle Precedenze” in the Apennine Mountains of Italy.

This entry was posted in Trains and tagged Holmestrand, mountains, Norway, tunnels, underground. Bookmark the permalink.