A few years ago I found an articulated tram bent like a banana following a collision with a road vehicle, and now I’ve found another – this time in the Dutch city of Utrecht. 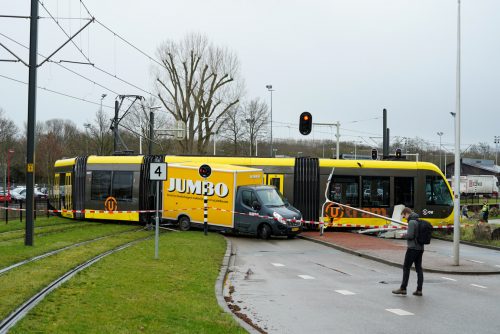 The crash was covered in AD.nl.

A tram on the Uithoflijn derailed near the FC Utrecht stadium on Tuesday morning after a collision with a delivery van from supermarket chain Jumbo. There were no injuries, reports the Utrecht Safety Region.

The tram ran almost completely out of its rails around 11 a.m. and ended up transversely on the Laan van Maarschalkerweerd. The emergency services came out en masse. A trauma helicopter was also called in to provide medical assistance.

Safety region Utrecht expects that the tram recovery will take hours. U-OV reports that the overhead wires are badly damaged and that there are probably no more trams running on the Uithoflijn today.

You can see the site of the crash on Google Street View – the light rail tracks crosses from one side of the road to the other at a set of traffic lights.

The Uithoflijn is an express tram line in the city of Utrecht, and uses CAF Urbos 100 trams. 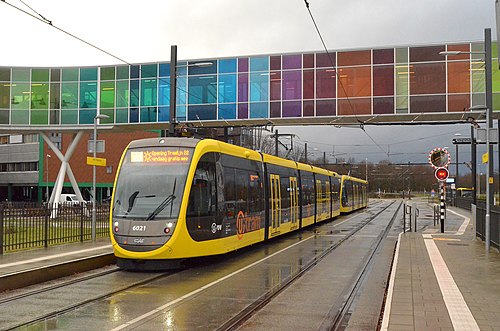 Photo by Eriksw, via Wikimedia Commons

This entry was posted in Trams and tagged accidents, light rail, motoring, Netherlands. Bookmark the permalink.