Catching the train deep under the Apennines

A major link in the Italian rail network is the 18.5 kilometre long Apennine Tunnel, passing under the Apennine Mountains to connect the railways of north Italy with those of Tuscany and central Italy. But it is notable for more than just length – second longest in the world when completed, and 16th longest today – but for a railway station located midway through the tunnel – “Stazione delle Precedenze”. 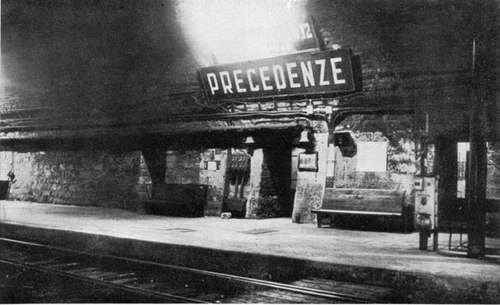 The first railway connecting these Bologna and Florence opened in 1864, via a steep and winding single track route over the Apennines.

However increasing rail traffic saw the need for a more direct route, so a double track “direttissima” (most direct) route was approved. Construction of the Apennine Tunnel commenced on this route in 1923, from three locations – the two tunnel portals, as well the middle. 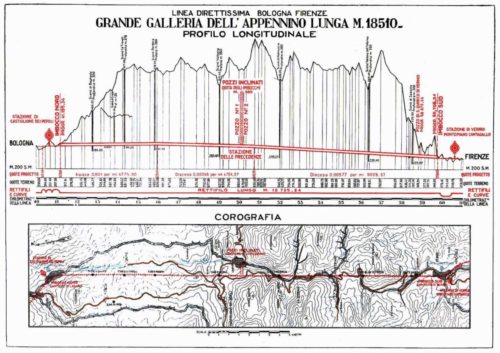 The central shaft was located at the village of Cà di Landino. 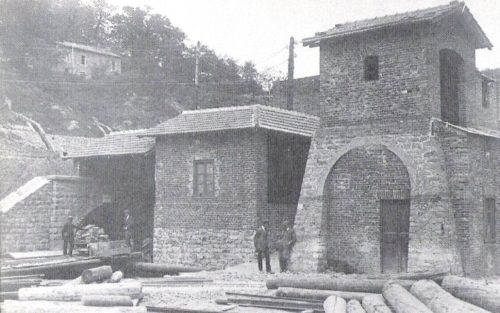 With a funicular railway running through two 500 metre long shafts on a 27 degree incline to the tunnel itself.

On 5 December 1929 a ceremony was held at Stazione delle Precedenze to mark the breakthrough of the tunnel. 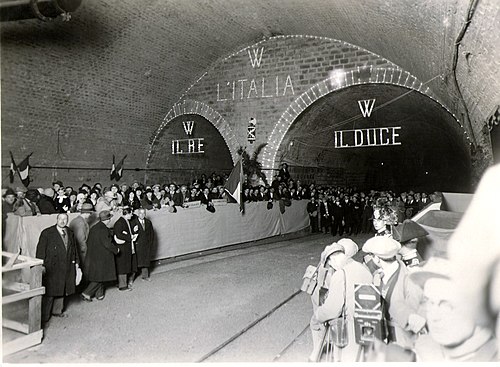 Due to the length of the tunnel, the decision was made to build a station in the middle – “Stazione delle Precedenze”.

Two crossovers were provided in the station cavern to allow trains to change tracks, and two 450 metre long siding tracks beside the main double track tunnel, so that slow or failed trains would not delay other services.

All controlled by a signal panel. 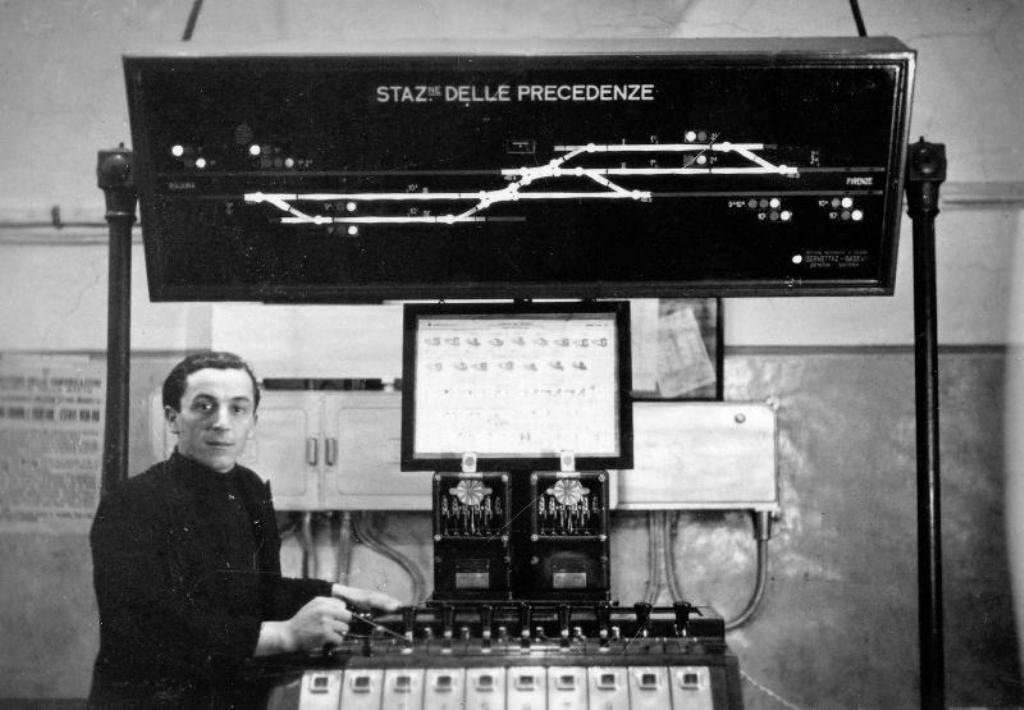 Passenger platforms were also provided for the residents of Cà di Landino. 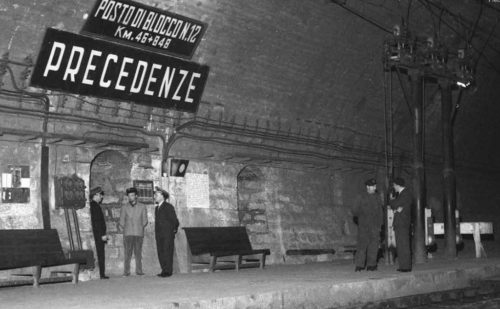 Trains still used the Apennine Tunnel today, but Stazione delle Precedenze was closed to passengers in the 1960s – equipment rooms now occupying the site, the passing tracks having been dismantled, and the crossover points converted to remote control.

1 Response to Catching the train deep under the Apennines