I recently found a familiar looking trams in an unexpected location, when reading about about a new tram order for the Portuguese capital of Lisboa. 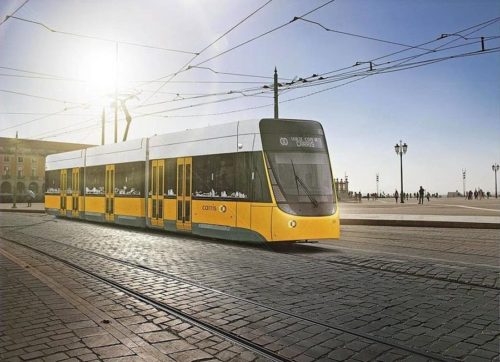 Railway Gazette has the back story:

Portugal: CAF has won a competition to supply 15 trams to Lisboa bus and tram operator Carris. CAF’s proposal was selected ahead of a bid from Stadler, whose offer was around €1·5m more.

The €45m procurement was launched in April 2018 and includes €5m for maintenance activity. The tender specifications stipulated that the trams needed to be ‘bigger and have more capacity’ then the current Carris fleet.

The first of the 15 vehicles is expected to enter service in 2021 with the remaining cars arriving over the course of 2022-23. The tram procurement is the first to be undertaken by Carris since 1995, when it ordered 10 articulated LRVs from Siemens.

This is that comes to mind when I think of a Lisboa tram. 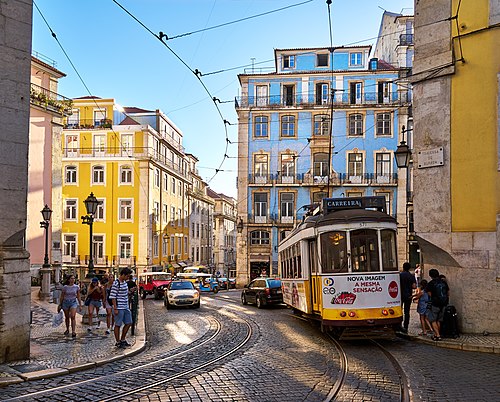 Photo by Deensel, via Wikimedia Commons

But the tram in the mockup looks just like those that run in my home city of Melbourne, Australia. 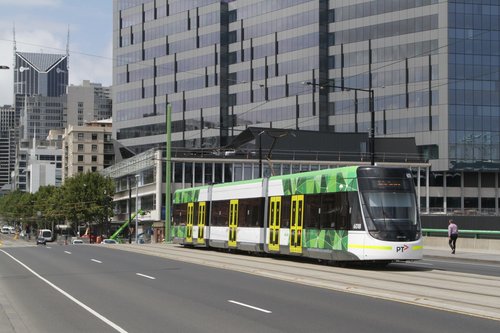 The tram in question being a Melbourne E-class – a three-section, four-bogie articulated tram built by Bombardier’s Dandenong factory, based on the Flexity Swift design.

Given Bombardier didn’t appear to tender for the contract in Lisboa, how did a Melbourne tram end up in as a mockup?

I’m guessing that the tram operator or local government did the mockups themselves, without the involvement of a tram manufacturer, and their designer just picked whatever modern looking tram they liked as the base.

Believe it or now, but two Portuguese trams have visited Melbourne before – a Bombardier Eurotram from the Porto Metro in 2003, and the Siemens Combino Plus from Metro Transportes Sul do Tejo in 2007. Both were sent over by the manufactures, on promotional tours to win future tram orders.