Another entry in the list of oddball Moscow Metro stations is Pervomayskaya (Первомайская) and Kaluzhskaya (Калужская) – both were constructed inside a train depot!

Photo by Anton Abramov from Moscow, Russia, via Wikimedia Commons

The story starts in 1950 when the Arbatsko-Pokrovskaya Line was extended 1.5 kilometres to a new ground level depot at Izmailovo on the eastern edge of Moscow. The Izmaylovo District next to the depot was unserved by the metro, so the decision was made to convert roads 21-23 of the depot shed into a station, with an island platform built over the centre track.

On completion in 1954 Pervomayskaya was the first Moscow Metro station to be located at ground level, and the only one to have a wooden roof. Architect Nikolai Ivanovich Demchinsky designed the station with marble walls and platform, whitewashed ceiling, and lobby building facing the street. 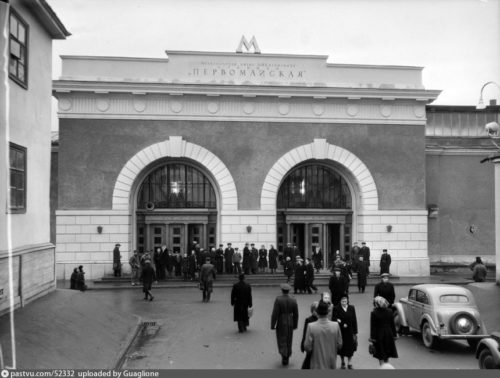 Today the station still exists, the platform having been demolished but the tiled walls and decorative reliefs intact.

Photo by Antares 610, via Wikimedia Commons

The station vestibule also remains, hidden beside inside the depot yard.

Photo by Gennady Grachev from Moscow, Russia, via Wikimedia Commons

In 1962 Kaluzhskaya Depot opened at the southern end of the Kaluzhsko-Rizhskaya line. 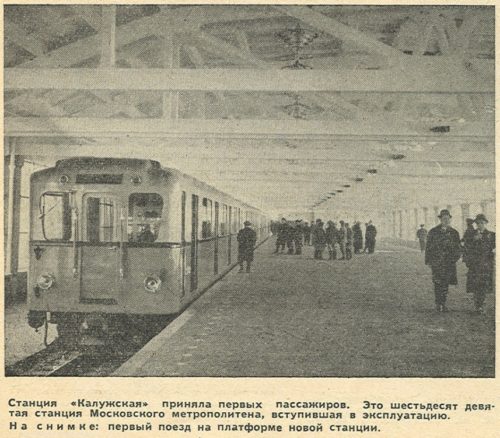 With public access from the tail end of the depot shed.

Following the extension of the line further south to Belyayevo (Беля́ево) in 1974 the temporary station inside the depot was closed, replaced by a new underground station a short distance to the west, also called Kaluzhskaya. 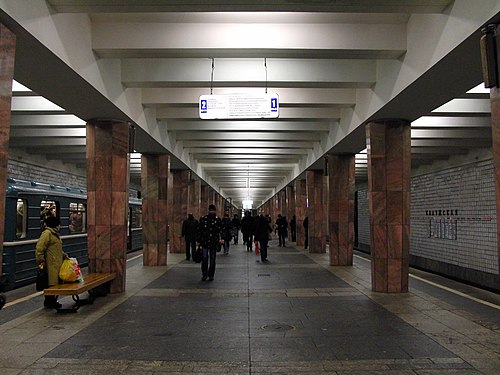 Today the station platform and tracks remain in place, with the lobby used as a staff lounge, but the street entrance is hidden by a neighbouring office building.