Building an underground station while trains pass by

This is the story of Tverskaya station on the Moscow Metro – retrofitted to the existing Zamoskvoretskaya line during the 1970s, while trains continued to pass through the neighbouring tunnels. 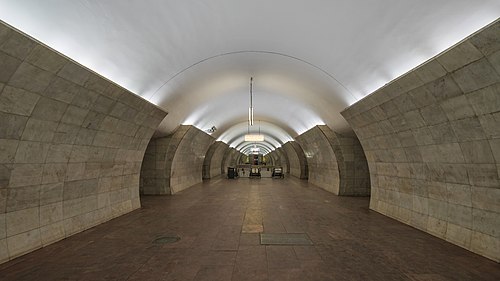 Originally called Gorkovskaya, Tverskaya station featured in the initial 1932 plans for the Moscow Metro, located between Teatralnaya (Театральная) and Mayakovskaya (Маяковская) stations on the the Gorkovsko–Zamoskvoretskaya line (Line 2), but was dropped in 1935 to save money and speed up construction. Completion of the station was included in 1957 “fifth stage” plan, but no real progress was made.

In the 1970s interest in completing the station re-emerged, when the the extension of the Tagansko-Krasnopresnenskaya line (Line 7) to Pushkinskaya Square was floated. To provide a transfer from it to the Gorky-Zamoskvoretskaya line, and the proposed Serpukhovsko–Timiryazevskaya line (Line 9), it was necessary to build a station on the existing Mayakovskaya – Teatralnaya line, resulting in a three station complex. 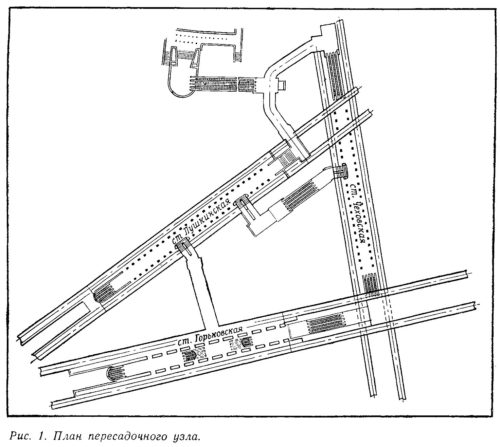 Allowing the construction of a conventional deep pylon station.

However dense development at ground level prevented the creation of a new shaft, and adverse geological conditions made the construction of bypass tunnels difficult . As a result, it was decided to expand the existing Zamoskvoretskaya line tunnels to include a platform. 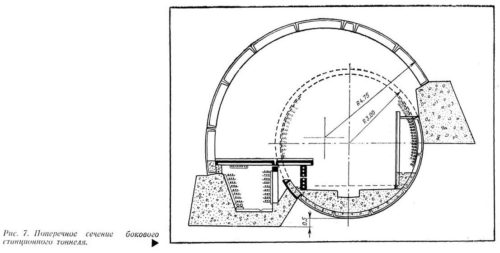 With construction access provided to Tverskaya (bottom) by the existing shaft at Pushkinskaya station (top). Widening a tunnel while trains are still running

We start with two parallel tunnels.

First the middle station tunnel was constructed, which will later become the central hall of the station.

Adits were excavated beneath the arches of the side station tunnels.

They are then filled in with concrete.

The side tunnels are then excavated down to the heel of the arches.

The new tunnels are then tied back to the original running tunnels.

Connections between the track and station tunnels are then excavated, and platforms installed.

Allowing the original tunnel linings to be removed, and completion of the platforms.

And finally, the finishing touches.

Digging around existing tunnels, then pulling it down

Two special pieces of equipment were needed to complete the Tverskaya station project – a travelling scaffold that would pass between the new and old tunnel linings. 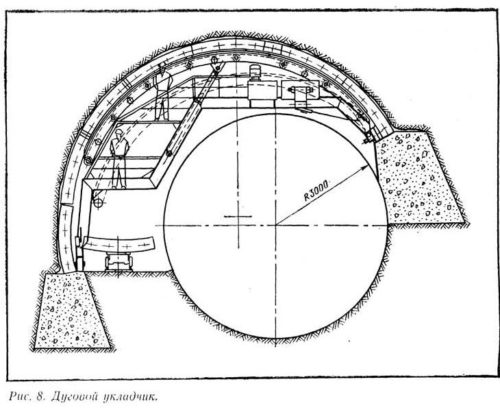 To enable excavation work to be completed in the confined space. 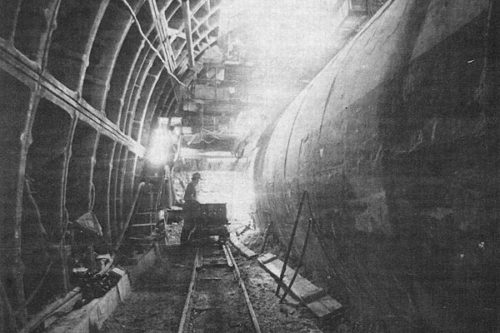 And a rail mounted travelling crane.

Which could pass through the new station. 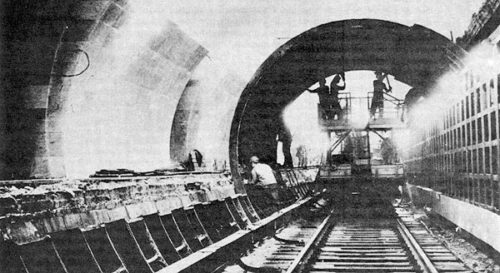 And disassemble the redundant tunnel linings once the wider tunnels were complete. 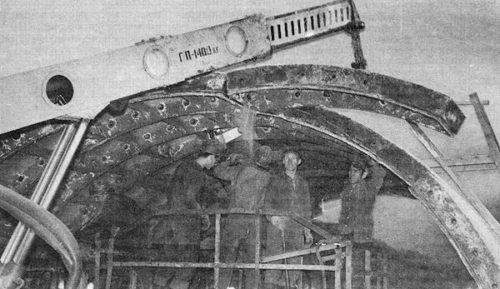 This entry was posted in Trains and tagged construction, metros, Moscow, Moscow Metro. Bookmark the permalink.

1 Response to Building an underground station while trains pass by