Automated people movers between airport terminals are a common sight around the world, but the system at Moscow’s Sheremetyevo Airport is a little different – the trains are hauled by cables. 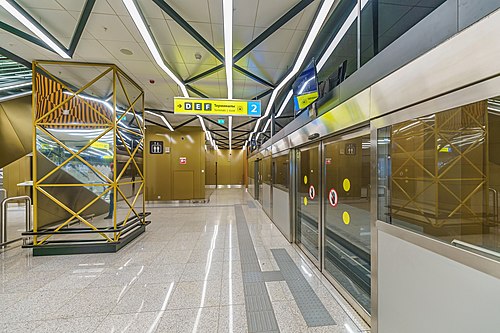 It is called the Межтерминальный переход в Шереметьево (МТП) or “Interterminal Transfer at Sheremetyevo” and connects the newly completed north Terminal B to the existing southern Terminals D, E and F and the Aeroexpress railway station, via tunnels passing beneath the main runway. 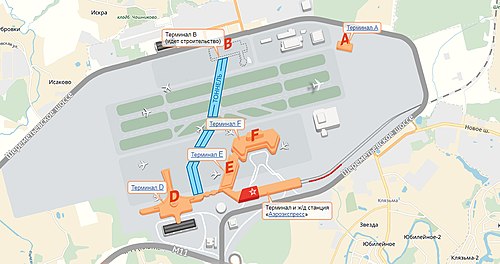 Opened to passengers on 3 May 2018, the system is made up of two parallel tunnels 1,936 meters long, forming two automated transport systems:

The stations are located beneath the passengers terminals. 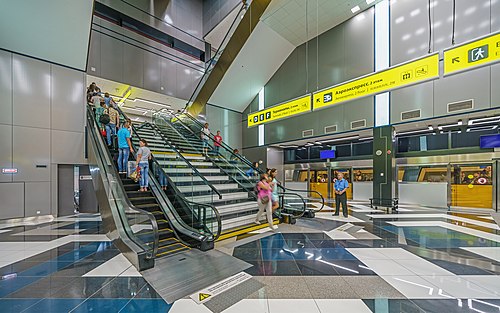 Passenger trains use Doppelmayr Cable Liner technology using a “Double Shuttle” layout. Two trains run side by side on a 2 kilometre long double guideway track, each with its own haul rope and drive machinery, with the two trains operating independently. Each train has four carriages, with two “landside” carriages for passengers yet to clear airport security, and two “airside” carriages for transfer passengers. 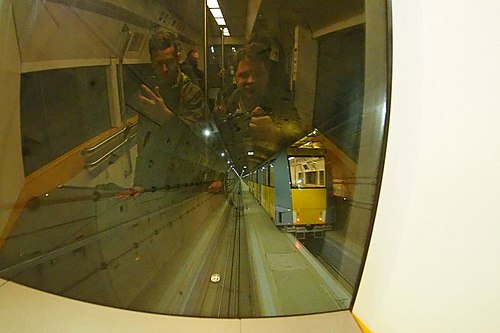 Baggage is moved using a Beumer Autover independent carrier system (ICS), which uses 187 automatic carriages with induction motors to move bags at up to 10 m/s along 4.8 kilometres of guideways, each carrying one piece of baggage. 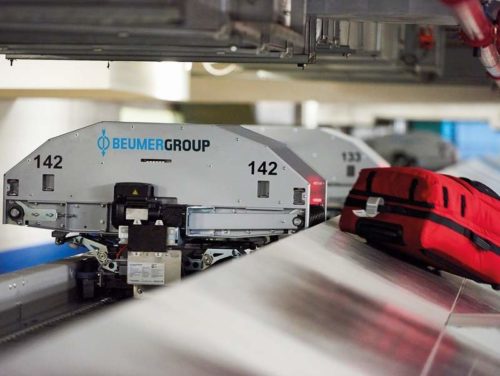 You can see the Interterminal Transfer at Sheremetyevo in action here: