Rerailing a tram with a front end loader

Derailed trams aren’t an uncommon occurrence, but using a front end loader to get it back onto the tracks is – an activity captured by Вечерний Краснотурьинск in the Russian city of Krasnoturinsk.

They provide the backstory here (via Google Translate):

Today, March 13, at noon a small incident occurred. On Popov Street, in the area between Furmanov and Chapaev streets, the tram went off the rails.

At this moment, the tram was driven by a driver Natalia Chudinova, who has been working for almost 24 years.

“I was not scared, it was a normal working situation,” says Natalia. “This has happened more than once before. Today there were no passengers. The tram just went to run-in after repairs.”

The tram went off the rails at once due to two factors – it is ice and dirt formed on the rails and in the track between the rails. As Nataliya says, in cold weather, a lot of snow accumulates on the tracks too, but it can be successfully pushed through with tram wheels. The situation with ice is more complicated: there are no rails under it and it is not always forced through. This is what happened today.

An emergency recovery team arrived at the scene quickly. The tram was brought back on the road with the help of an excavator and the work of five people. After the vehicle was returned on the way, workers began to clear the rails in order to avoid another derailment.

How about a crane

This blog post shows how from the Ukrainian city of Kharkiv rerails their trams – a truck mounted crane is used to pick up one end of the tram, and lower it back onto the tracks.

Or just a big truck and steel plates

Here we see a derailed tram in Melbourne, Australia. 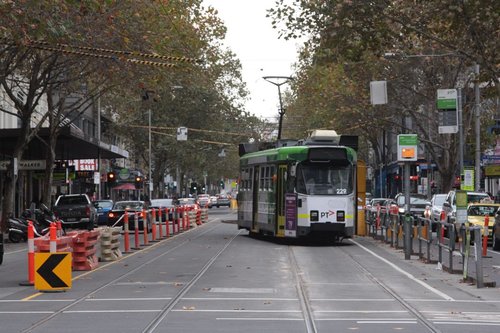 Steel plates are put beneath the derailed wheels. 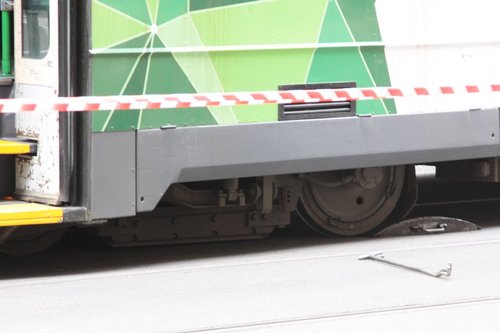 Then the tramway recovery truck is coupled up to the derailed tram via a towbar. 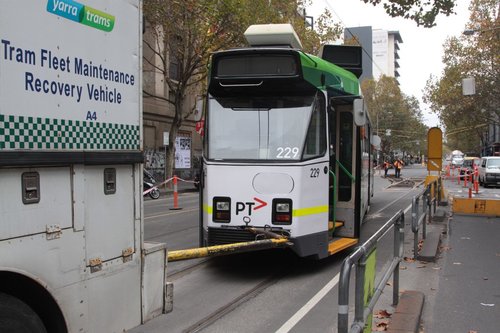 Then pulls the tram forwards. 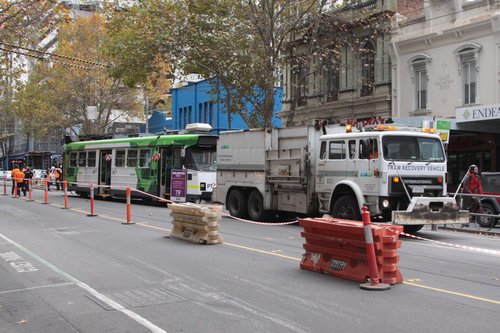 As the steel ramps direct the wheels back towards the rails.

Until the tram is back on the tracks. 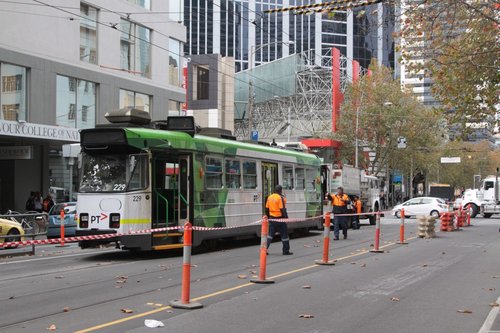 The only evidence left behind – gouge marks in the asphalt. 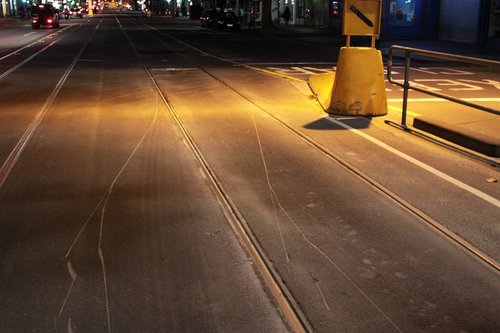 More on the Krasnoturinsk tramway network by Yury Maller.

And a housekeeping announcement

I’ve just launched my page on Patreon! In case you’re wondering, Patreon is a simple way for you to contribute to this blog every month, and you get a sneak peek at what’s coming up in return!

Head over to https://www.patreon.com/wongm to find out more.