As I travelled across Russia by train there was an interesting feature at every level crossing we passed through – massive steel plates that lifted out of the roadway, preventing cars from driving around the boom gates. 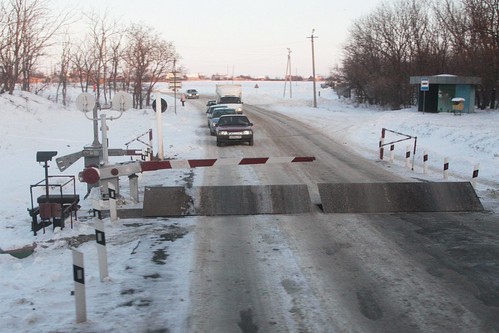 Some level crossings also had a gatehouse located alongside. 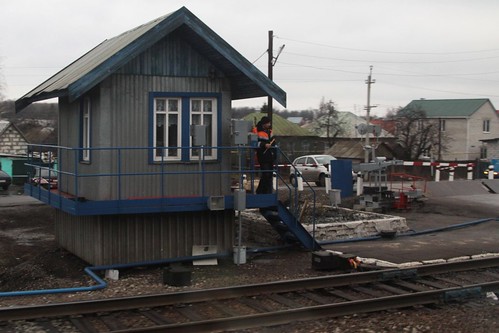 With a gatekeeper on duty. 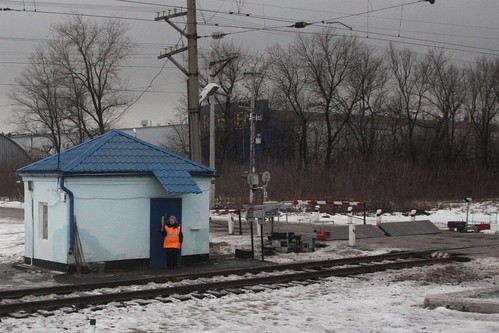 Ready to wave ‘all clear’ to the train as it passed by. 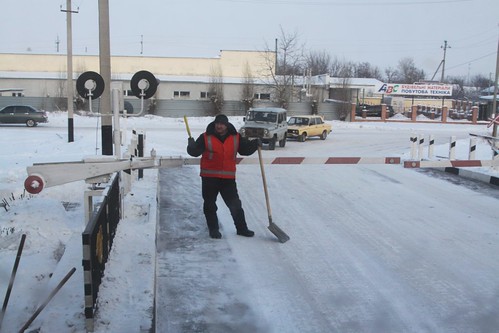 But even steel plates aren’t enough of a deterrent to some motorists who want to race across the tracks.

And unfortunately they wont protect you if the level crossing suffers a ‘wrong side’ failure, and doesn’t trigger for an approaching train.

This entry was posted in Trains and tagged level crossings, Russia, Russian Railways. Bookmark the permalink.