As I travelled across Romania by train, the railway station at the mountain resort of Sinaia in Prahova County caught my eye. 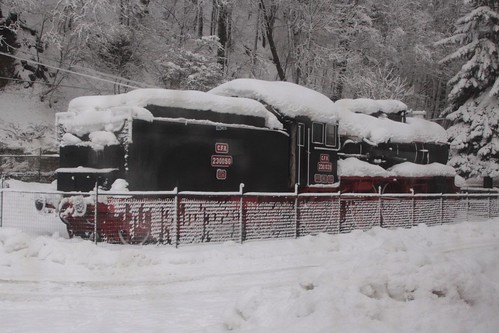 Along with a 1948 Skoda VOS draisine (inspection railcar), supposedly converted from car once owned by communist leader Ana Pauker. 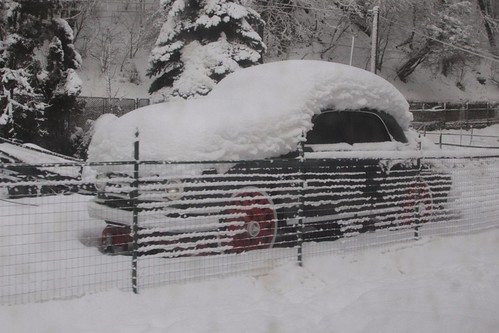 But a memorial plaque on the platform didn’t make much sense until I got home, and could research further. 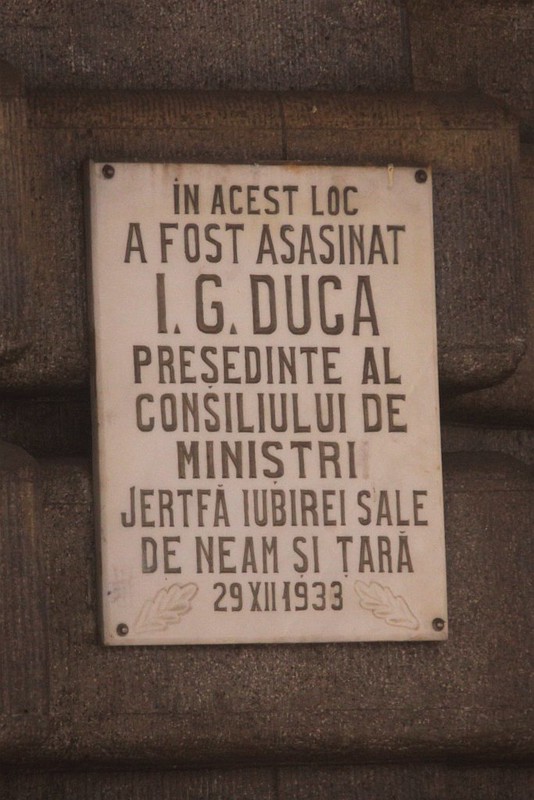 In this place was assassinated IG Duca,
chairman of the Council of Ministers.
The sacrifice of his love for nation and country.
29 December 1933.

The plaque marks the spot where Romanian Prime Minister Ion G. Duca was assassinated by members of the fascist Iron Guard movement in 1933.