On my journey across Russia by train I passed through many tunnels and over many bridges, and noticed something strange at each one. 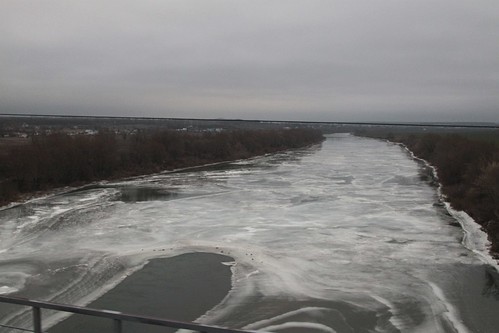 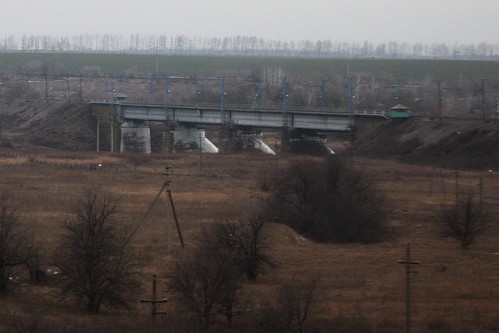 And guard houses at every tunnel portal. 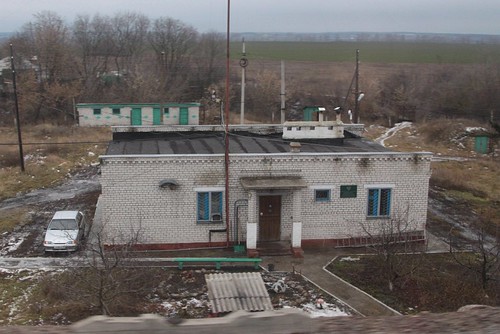 I came across a Russian railfan forum, where the reason for these security measures was brought up.

VeschiiOleg wrote:
For example, the approach to any serious bridge is enclosed by a zone of alienation with barbed wire, signs and armed guards.

Vlad wrote:
We photograph the railway bridge, for example. The ВОХРовец is approaching us and politely is interested, but on what basis are you taking these photos?

VeschiiOleg wrote:
ВОХРовец, according to the statute of the guard service they do not have rights to leave the facility, those because of the territory he should not leave. But to call the police – easily. And if on the fence, there are inscriptions about the prohibition of filming, then they will be right.

So what are the ВОХРовец? It’s an abbreviation for Военизированная охрана – also known as Ведомственная охрана, Russian-language Wikipedia describes them as:

Specialised state departmental armed units responsible for protecting buildings, structures, vehicles, and cargo from unlawful attacks. They have the right to use military and service firearms, in addition to service dogs, handcuffs, rubber batons, and spike strips used to stop vehicles. Officials of state departmental protection (established by federal state bodies) have the right to draw up protocols on administrative offences, carry out personal searches, inspect items belonging to individuals, inspect vehicles and other procedural actions established by the Code of Administrative Offences of the Russian Federation.

The Russian Railways are protected by the «Ведомственная охрана железнодорожного транспорта Российской Федерации» (Departmental Security Service of Railway Transport of the Russian Federation) – who describe themselves as such:

The Federal State Enterprise “Departmental Protection of Railway Transport of the Russian Federation” for nearly 90 years has ensured the safety of the cargo being transported, the protection of objects and the fire safety of railway transport in the interests of the state, citizens and the company “RZhD” all along the steel highways from Kaliningrad to Sakhalin.

Today the departmental protection of the railway transport has 68,000 employees, with over 2400 objects of railway infrastructure protected, including more than 1900 most important ones.

More than 400 fire inspectors carry out fire prevention at stationary facilities and rolling stock. In constant readiness for action are 307 fire trains, including 67 specialised, with increased tactical capabilities to eliminate emergencies with dangerous goods.

They also show off their work protecting major bridges.

In addition to railway tunnels. 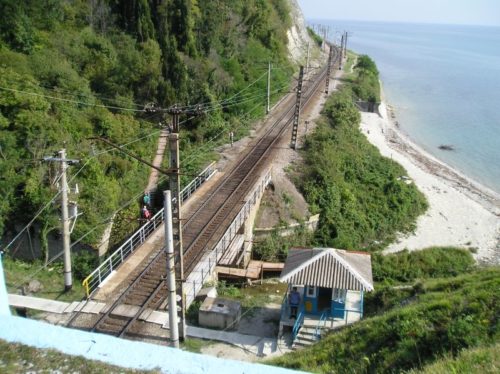 So why are such extensive security measures in place?

Someone on a Russian railway forum asked the same question, and were given various explanations:

Kirill N.Kravchenko
The fact that the railway bridges are so heavily guarded is understandable, no one doubts this is necessary. But I’ve always wondered: why are automobile bridges not so zealously protected?

Victor Mikhailov
In the event of an accident on the rail such as bridge collapse, the consequences will be much more significant compared to a road bridge. Any car will have time to stop seeing ahead of the obstacle. In addition road bridges are much more numerous than rail bridge, therefore it is impossible to protect all the bridges (where to find so many guards).

Novikov S.V.
It is easier for road vehicles to find a detour, or engineering troops can erect a temporary pontoon bridge. Blowing up a railway bridge means complete paralysis of the route until the bridge is completely restored.

Sura
I understand that we are talking about “big” unique bridges. Standard railway bridge across the small river should be restored in a very short space from pre-prepared sets. Actually, that’s why they are not protected.

But this Russian-language article in Евразия Вести suggests a much more likely reason – Soviet-era paranoia.

Following the October Revolution railway facilities of strategic importance were under the protection of the military department; protection of “external order, deanery and public security” was carried out by parts of the railway guard and the police. Cargoes, property and ways were under the care of watchmen, who were in full subordination to those whose good they had protected.

In order to strengthen the leadership, in March 1918 a special decree was adopted “On the centralisation of management, the protection of railways and the increase of their efficiency”. By the decree of the government of July 17 of the same year, under the People’s Commissariat of Railways (NKPS), the Office of Protection was established.

The squad on the ground included transport experts. They fought decisively against stowaways and those who tried to transport goods without payment, in addition to monitoring the efficiency of rolling stock use. It was envisaged to increase the number of protection staff to 70 thousand people.

The authorities could not tolerate chaos and theft on the railways. Looters cut the telegraph wires. Profiteers swarmed trains, like locusts. Hidden were robbers, bandits and other criminal element.

The NKPS was forced to take extreme measures. At the stations, warehouses, warehouses temporarily formed non-military protection. As for bridges and other structures not guarded by troops, as well as railway tracks, they went under the tutelage of local authorities, which formed out of brigade workers.

A video from the Voronezh branch to mark 95 years of railway guards, who protect the South Eastern Railway.

And from the Samara branch, who protect the railway bridge over the Volga River on the Kuybyshev Railway.

According to clause 2.4.1 of the manual a protection system is created to provide protection for the protected object, which includes: guard, posts, orders, locations and routes, surveillance sectors, engineering and technical means of protection, posts of service dogs, means and other forces. Equipment posts should provide the guard: a sufficient overview of all sections of the post and the surrounding area; sufficient illumination of the approaches to the object, its most important points; absence of lighting (blinding) by lighting systems of security equipment and guards; the possibility of centralised management of the entire lighting system or a group of fixtures, and in necessary cases, separate lamps (projectors).

Equipment of restricted areas includes: their fencing, checkpoint, warning signs, indicative and delimiting signs, a security lighting system, technical security equipment, postal communication and signalling, guard posts, defensive structures. Depending on the nature of the object and the conditions of its location, the fence is built around the perimeter of the site and the boundaries of the restricted areas. When erecting a fence, it must be taken into account that it must be rectilinear, without unnecessary bends limiting observation, not less than one and a half meters in height. To it should not adjoin any structures. In the darkness of the day, the approaches to the post and the protected object should be illuminated so that the sentry, being on the post or moving along the site of the post, was in the shade. In accordance with the established procedure, security lighting should provide illumination at the borders.