Russian metro stations are best known for the ornate design at platform level, but the entrance vestibules back at ground level can also be quite amazing.

This is the original entrance to Park Kultury station, opened along with the first phase of the Moscow Metro in 1935. 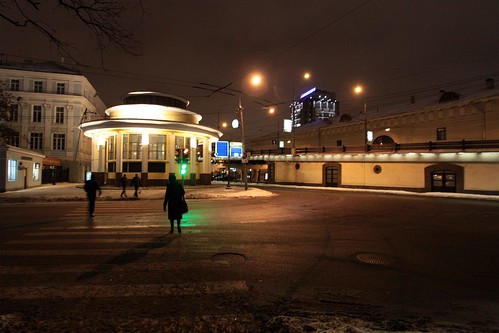 The vestibule building is an ornate rotunda. 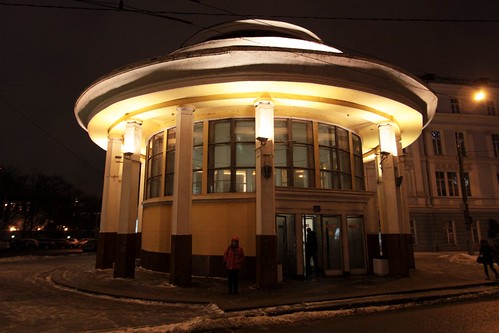 Housing a pair of curved staircases inside. 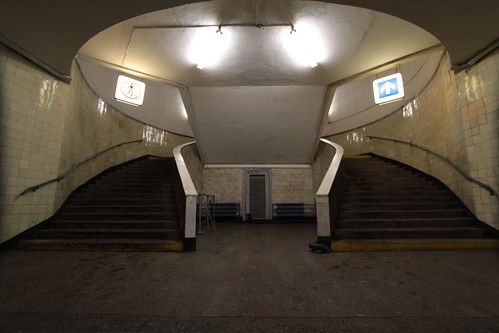 Continuing the theme is the Saint Petersburg Metro, which has a collection of 1960s stations that share the same circular entrance vestibule design. 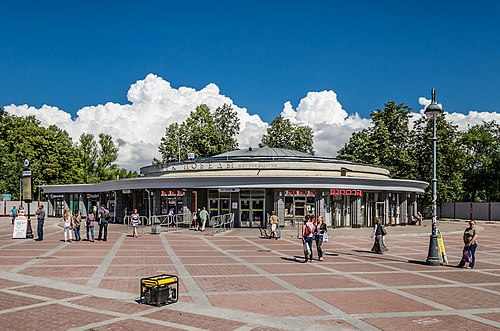 Photo by Florstein, via Wikimedia Commons

The fourth example was Gorkovskaya station, which has since been rebuilt. 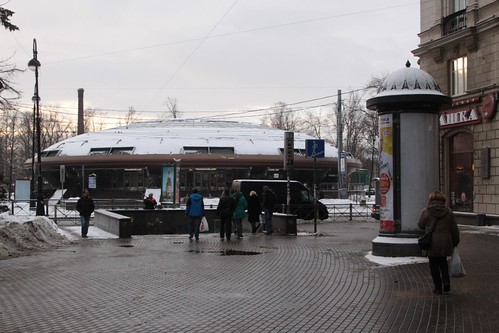 Originally opened in 1963, in 2009 the original circular concrete ‘bunker’ that houses the station centre was replaced something at looks more like a UFO! 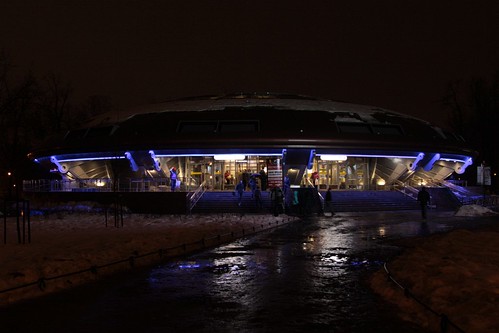