Exiting via the gift shop is something you expect to do at a museum – but what about at a church? However when I paid a visit to the Church of the Savior on Blood in Saint Petersburg, that is exactly what happened. 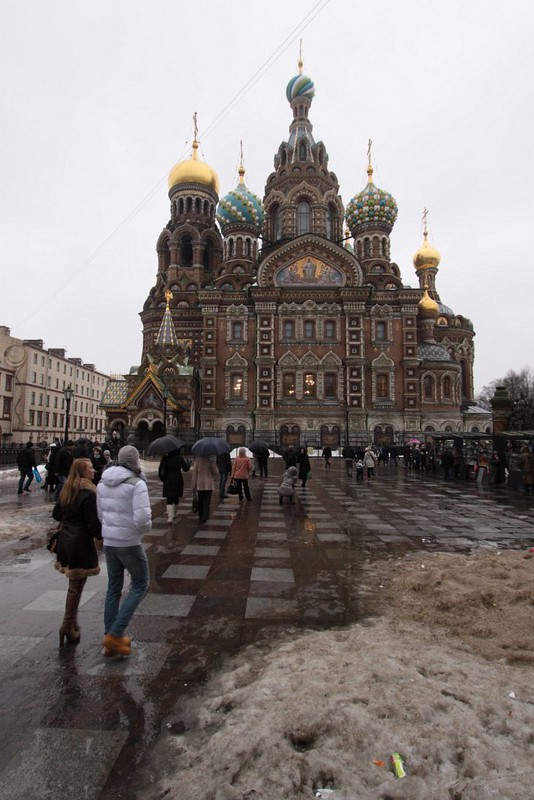 The church is best known for it’s mosaics – over 7500 square meters worth. 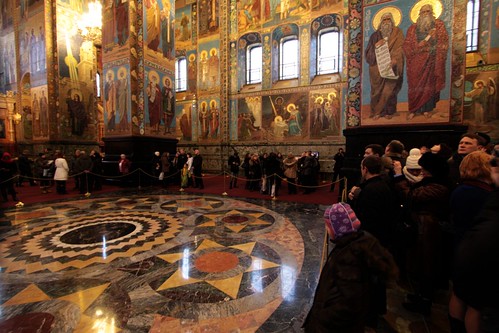 Stretching from floor to ceiling. 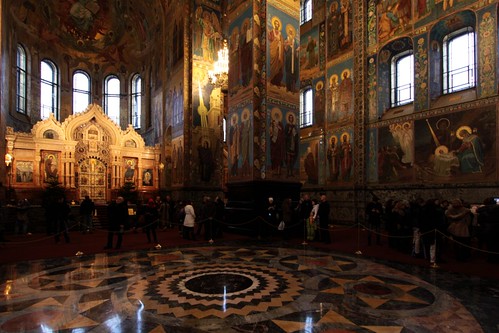 Souvenir stalls line the entrance to the church. 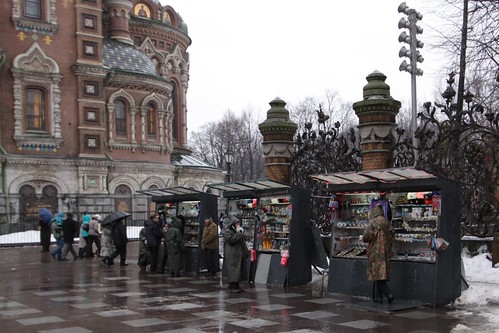 But the gift shop inside the church itself was what really surprised me. 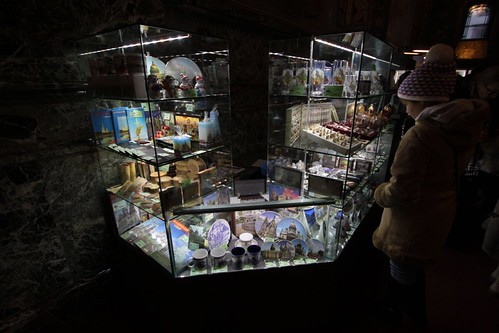 But maybe I shouldn’t have been so surprised, given the history of the building.

On October 30, 1930, the Presidium of the All-Russian Central Executive Committee decided to close the church. During the Second World War when many people were starving due to the Siege of Leningrad by Nazi German military forces, the church was used as a temporary morgue for those who died in combat and from starvation and illness.

After the war, the church was used as a warehouse for vegetables, leading to the sardonic name of Saviour on Potatoes.

In July 1970, management of the church passed to Saint Isaac’s Cathedral and it was used as a museum. The proceeds from the Cathedral funded the restoration of the church. It was reopened in August 1997, after 27 years of restoration, but has not been reconsecrated and does not function as a full-time place of worship.