Tram tracks are quite obvious when they run down the street, but in Russia finding a tram stop can be a tad tricky. 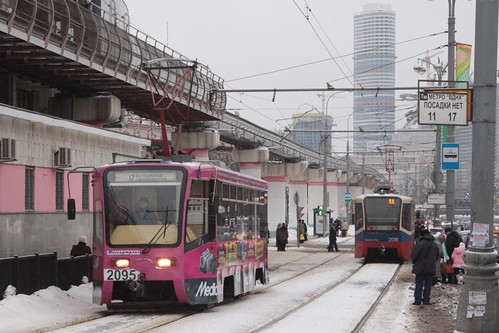 Where the tram tracks are separated from road traffic, they aren’t too hard to find. 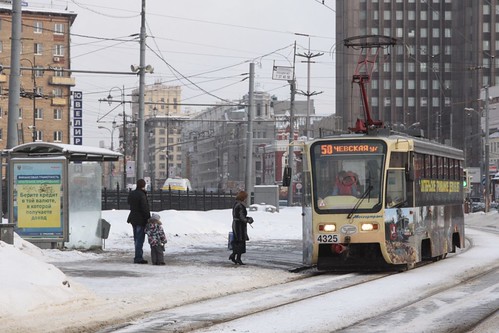 But this tram stop on a Moscow street disappeared among the three lanes of traffic. 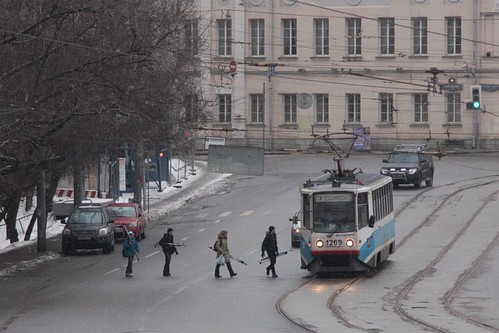 I had the same trouble out in the suburbs of Saint Petersburg. 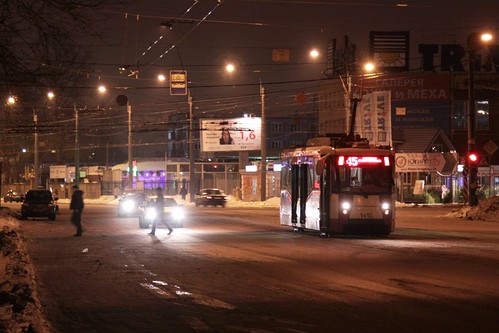 With passengers having to walk out into traffic. 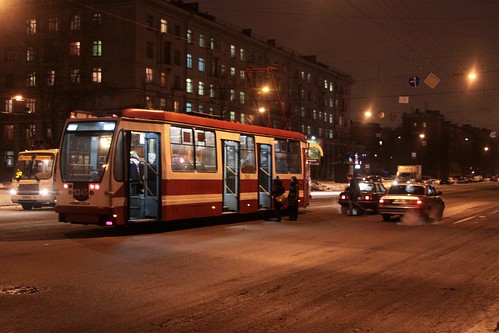 As well as on the narrower streets of Nizhny Novgorod. 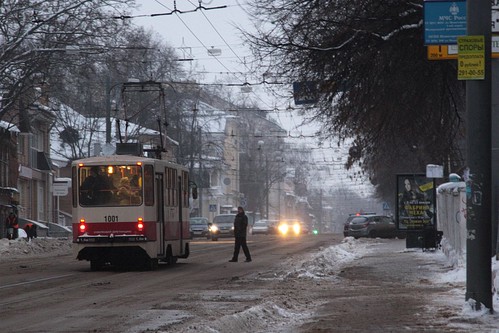 In some cases signage at the kerb indicated the location of tram stop. 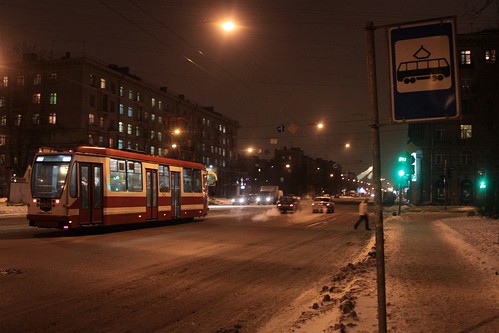 But at other stops intending passengers have to look up to see the signs. 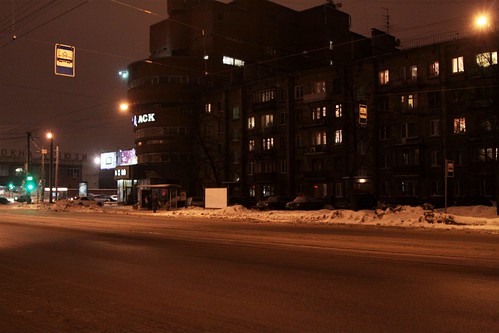 In addition, timetable information wasn’t easy to come by. 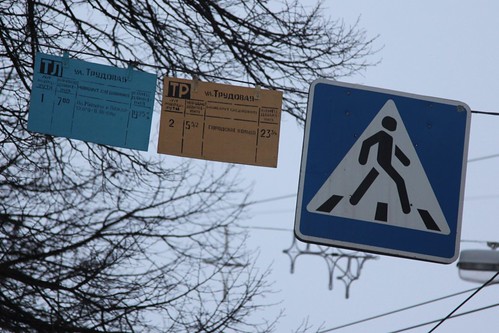 The signs in the above example are from Nizhny Novgorod, with the stating the route number and operating hours – blue sign with ‘ТБ’ for trolleybuses, yellow signs and ‘TP’ for trams.