Across Germany there are many small rail freight operators, but there are none smaller than ‘Rail 4U’ – a one-woman operation founded by Barbara Pirch in 2001. 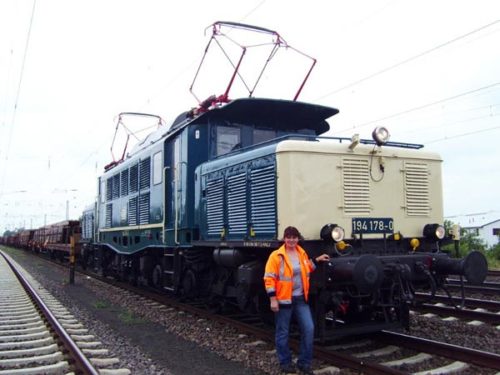 Photo by Rail 4U

It is a lonely ride over rails with a steel monster, an old electric locomotive 194, built in 1954 – run by a woman. Barbara Pirch serves the locomotive with maximum physical performance. “Nothing is automatic here, everything runs manually.” Barbara Pirch from Willich near Düsseldorf owns Germany’s smallest railway company and is an absolute rarity here. With its two old electric locomotives, it transports freight wagons. It drives so-called ad hoc assignments for its customers throughout Germany, transporting cars, diesel, wood, gases or coal.

Your life is one on call, without comfort and planning security. Rarely does she know what the day brings. She sees no reason to deny the old locomotives just because they are old. The 46-year-old, who used to be a locomotive driver for the Deutsche Bundesbahn, bought her two locomotives in 2008. “This is real manual work and not a comparison to the modern ICE,” says the trained fitter, who repairs the locomotives herself. “The old electric locomotives are technically simple reliable and a modern locomotive would not irritate me”.

Their locomotives from the Reichsbahn period also make the hearts of many railway enthusiasts beat faster – but romanticism has less to do with their operations, says Pirch. “It’s a tough business on the rail and there is a big competition in freight transport.” It is true that freight transport by truck is still on the road, but it also grew by 5.4 percent in the German rail network in 2011. Since 1994, the rail network has also been open to private companies, with around 7,000 locomotives in operation in Germany, and currently some 400 railway companies exist. 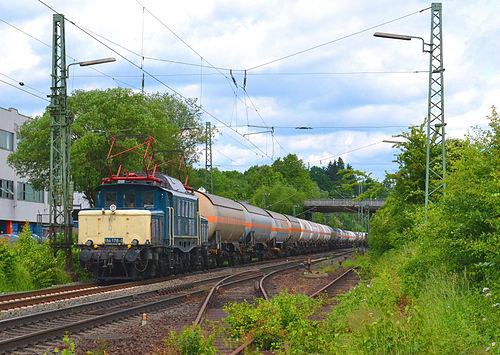