Want a career on the Moscow Metro?

If you have ever wanted to work on the Moscow Metro, going out applying is easy – there are posters scattered all over the network. 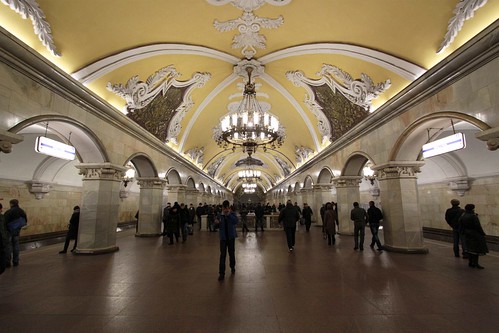 This poster onboard a train is recruiting «машинист электропоезда» – train drivers. 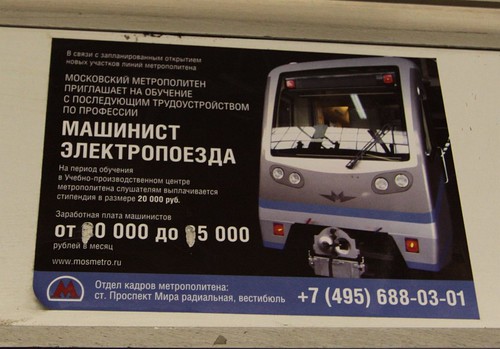 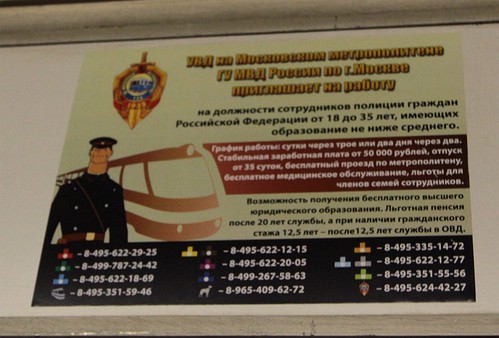 They are the internal police force for the Moscow Metro. 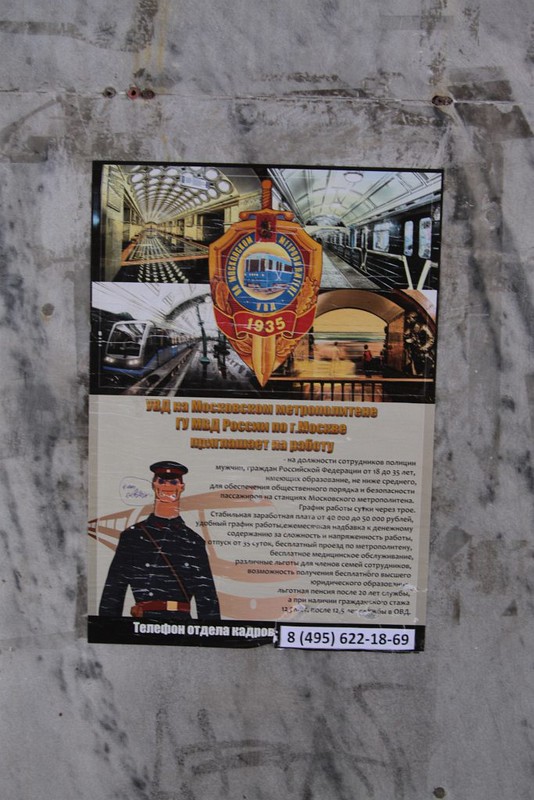 I even found police officer recruitment flyers with tear off tabs! 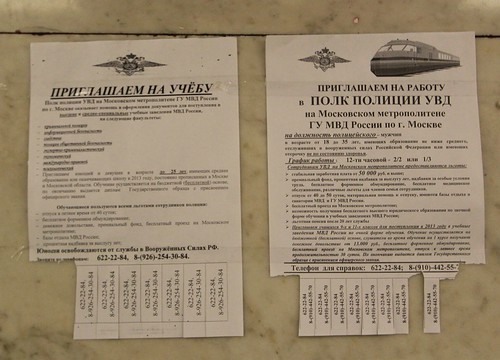 Who are the Moscow Metro police?

The Moscow Metro website has more details on the «Управление внутренних дел на Московском метрополитене» (‘Department of Internal Affairs on the Moscow Metro’).

Department of Internal Affairs on the Moscow Metro was created for a few days before the opening of the Moscow Metro – May 11, 1935. Metro has always been considered high-risk transport company. No wonder the passengers are requested to be alert, and all suspicious immediately inform the police, who are on duty at each station. Given that the daily use the subway more than 9 million passengers recorded offences often. Basically this hooliganism, vandalism, theft and robbery. Combat and concern to the Office of Internal Affairs of the Moscow metro.

The Moscow Metro is a complex transport object city. Operation Metro provides a complex engineering structures. Under these conditions, the implementation of the security problems in the underground and counter-terrorism is a priority for the Department of Internal Affairs of the Moscow metro. ATC staff in the Moscow metro is not only patrol the subway, but also carry out covert surveillance of public order at stations and on trains.

Its structure is present today the largest patrol – more than 5 thousand people. Nowhere in Russia is no longer such a large patrol division. In the underground has its own police investigation department, department – Criminal Investigation, inquiry, to combat economic crime office, its duty part of the department to ensure the holding of mass events and the department for combating organised crime. A few years ago, there was created a special unit, which works to prevent vagrancy and begging on the Moscow metro. The governance structure also operates a specialised department on work with minors, including street children.

In the North-Eastern District of Moscow has opened a modern centre of service dog. The Metro employs several dozen dogs trained to detect explosives and drugs.

«Охрана правопорядка» is Russian for ‘policing’.