Graffitied trains on the Bucharest Metro

When I rode the metro system in the Romanian capital of Bucharest, there was one thing that struck me about the trains – how graffiti covered they are. 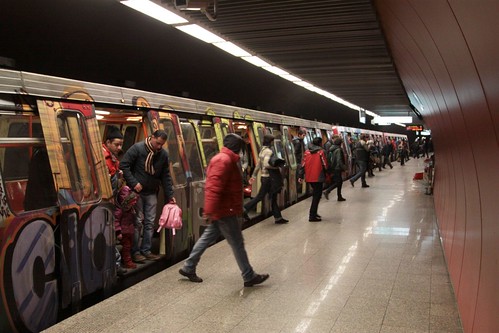 I initially through it was a deliberate decision by Metrorex, who operate the network, but turns out they are just too cheap to clean up the mess.

Craig Turp, author of the Bucharest Life blog, had this to say in 2012:

There are a number of genuinely shocking things about the film, not the least of which is the fact that vandals are coming from far and wide to piss all over the Bucharest metro: two little hooligans interviewed in the film came from France with the sole purpose of vandalising metro trains. While we welcome all tourists to Bucharest, we would rather they carried out legal activities.

Secondly, the boss of Metrorex – which operates the metro – Gheorghe Udriste, admits in the film that the authorities have had to stop cleaning the defaced metro carriages, as the cost of doing so is too high.

For me the odd bit was that only the older Astra IVA trains (built between 1976 and 1992) were covered in graffiti. 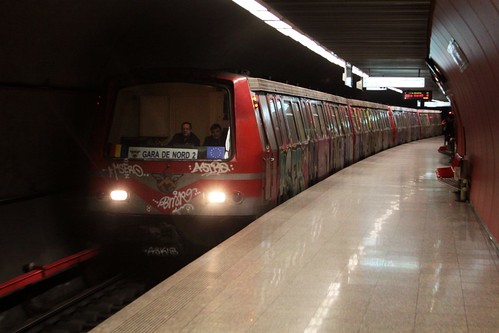 While the newer Bombardier Movia trains (delivered between 2002 and 2008) are spotless. 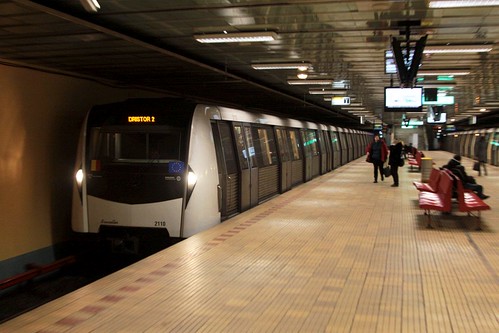 The same contrast is seen inside the trains – old and dirty. 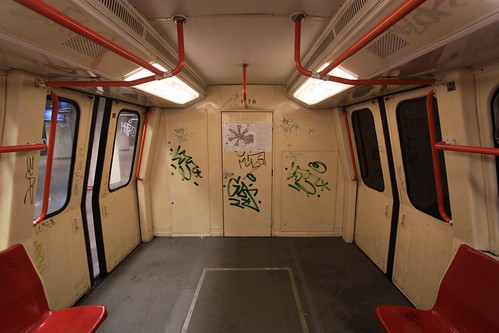 Versus new and clean. 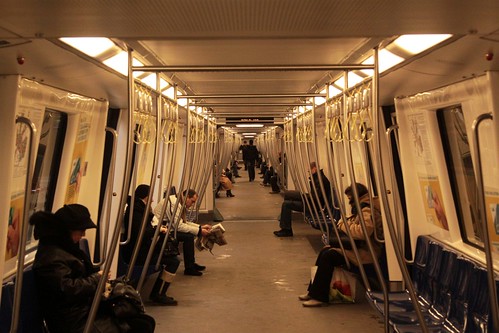 I wonder why there is such a contrast between the two types – perhaps the older trains are just resigned to their fate?