Recently I asked myself the question – how does a bike path cross a railway? When a road does the same thing, a level crossing has to be built – but I had to look to the Netherlands – world leader in cycling infrastructure – to see what a level crossing for bikes looks like. 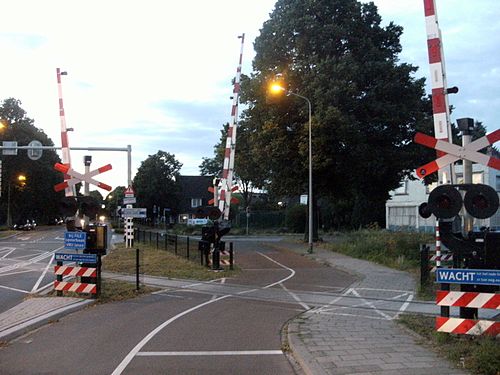 Our first example is at Wezep, a town in the Dutch province of Gelderland. Here the two lane road is flanked by a bidirectional off-road bike path on both sides, with a pair of ‘half’ boom barriers blocking motorists driving on the right hand side of the road, with an additional four sets of flashing lights and boom barriers in place to warn cyclists.

And here is a second example, again at Wezep. Resembling a scaled down road level crossing, this facility is for the exclusive use of pedestrians and cyclists, with bollards preventing large vehicles from proceeding across the tracks.

So now you know!

Some more photo of bike lanes at Dutch level crossings:

At home in Melbourne, Australia level crossings are built for cars and pedestrians, but not cyclists.

Unprotected level crossings force users to zig zag their way through a series of fences, forcing them to look for trains. 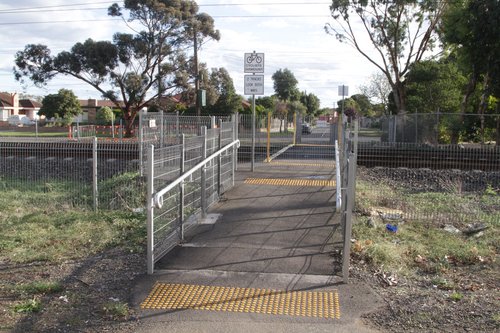 A handful of crossings have scaled down boom barriers. 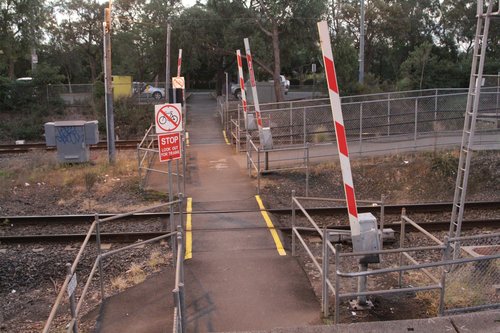 While the remainder have automatic gates that swing shut. 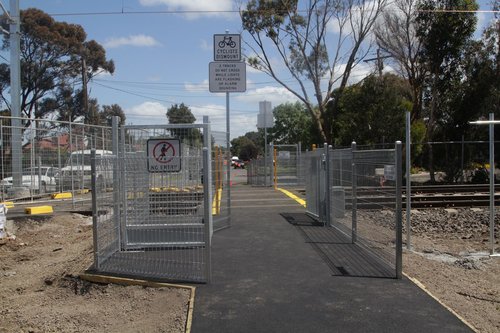 In all cases cyclists are forced to dismount – a necessity given how narrow the crossings are.