All aboard for ‘Railway Lottery’

When travelling by train across Russia, a common sight was advertising posters for «Лотерея железных дорог». So what was it advertising? 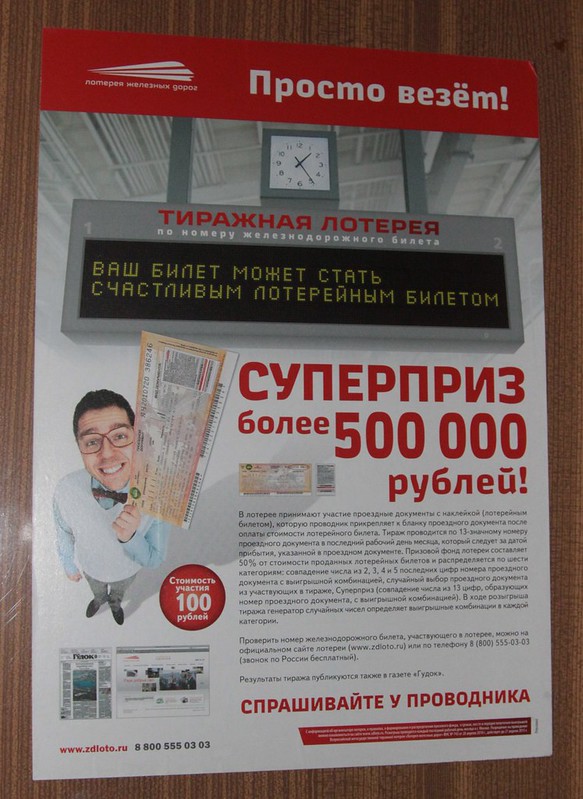 I saw them as part of the entertainment onboard the Sapsan train. 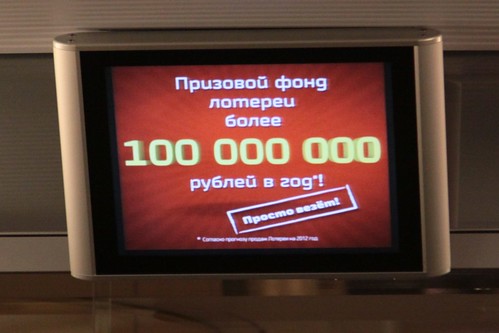 They were on the carriage walls as I walked down the train. 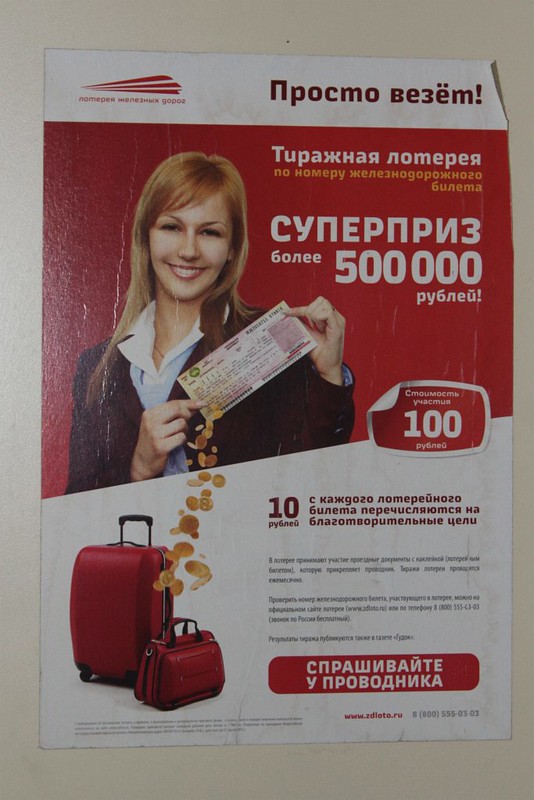 They even had stickers reading “Maybe, you are looking at a millionaire?” on the bathroom mirrors. 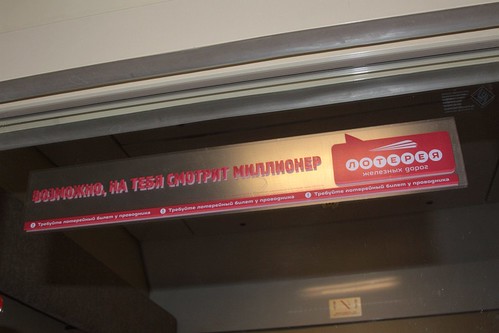 Thankfully «Лотерея железных дорог» was easy to translate – in English it is ‘Railway Lottery’.

Tickets can be brought from the conductor onboard all long-distance trains in Russia, and from ticket offices. They will enter your 13 digit ticket number into the draw.

10% of the revenue from ticket sales is sent to the aid of sick children, charity and social programs.

They also detail the history of the lottery:

First edition of “Railways Lottery” was held in October 2010. Since then:

When I travelled to Russia in 2012 entries in the Railway Lottery were train ticket numbers. In 2014 the rules were changed to make things simpler – each entry was for six numbers between 1 and 36, and whoever picked all six numbers won the prize pool.

Drawing out six lucky numbers is a lot simpler than putting a set of non-sequential 13 digit numbers into a barrel, and picking out a single winner.

This entry was posted in Trains and tagged gambling, lotteries, Russia, Russian Railways. Bookmark the permalink.