My visit to Budapest was stop number three on my trip across Europe, and I stayed there for a few days – the city has plenty to see, and you won’t be able to visit all of the locations below in a single day. 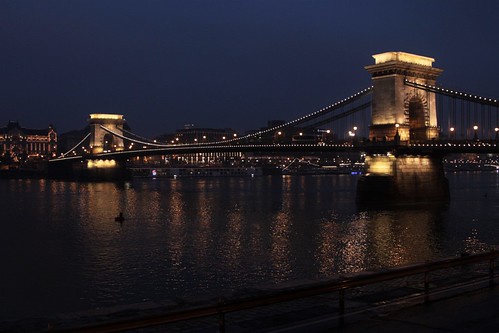 I started my journey at Deák Ferenc tér – home of the Budapest Metro Museum and interchange point between metro lines M1, M2 and M3.

There you might see the last of the Type ‘Ev’ trains built by Metrovagonmash of the former-USSR. 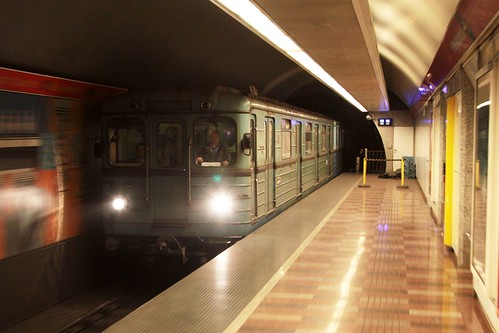 As well as the modern Alstom Metropolis trains that replaced them. 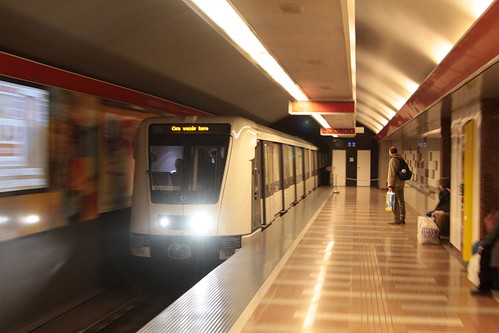 And the dinky little Ganz-built trains used on line M1. 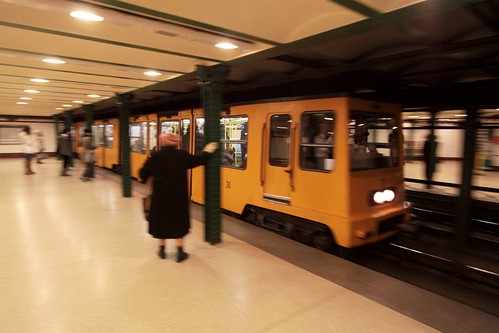 Catch line M1 to Oktogon station then head back to the surface. Here route 4 and 6 trams run along Grand Boulevard, using low-floor Siemens Combino Supra vehicles – the longest in Europe. 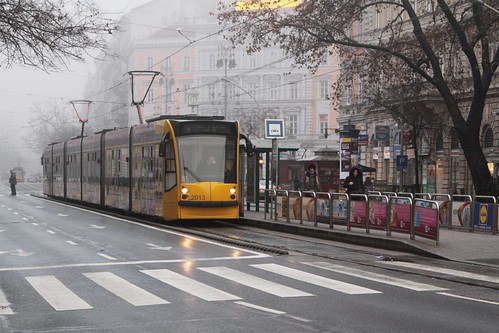 After walking a few blocks west, you’ll find an intersection where tram and trolleybus wires cross. 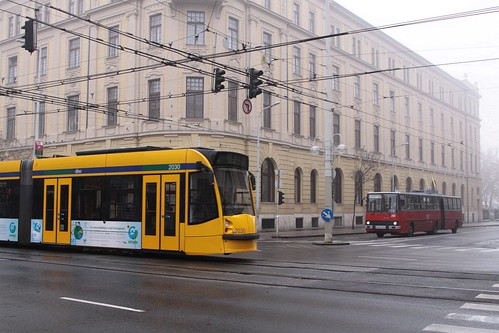 And next door to that is Budapest-Nyugati pályaudvar railway station. 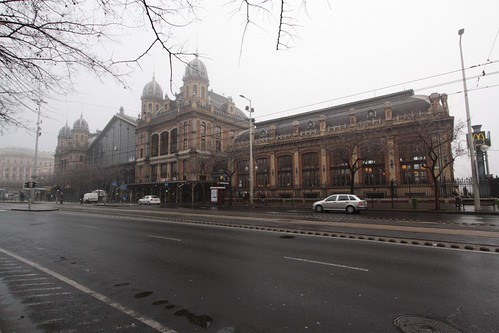 You’ll find all kinds of MÁV (Hungarian State Railways) trains in the platforms. 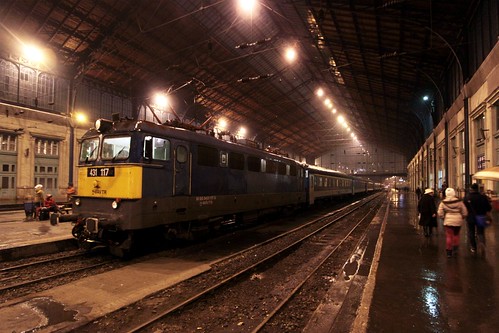 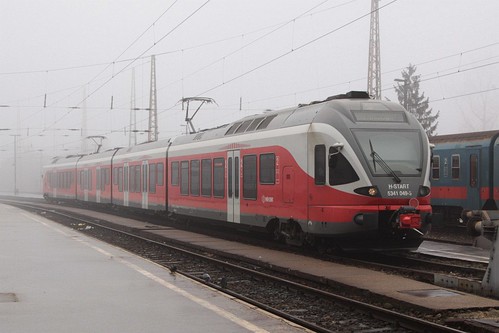 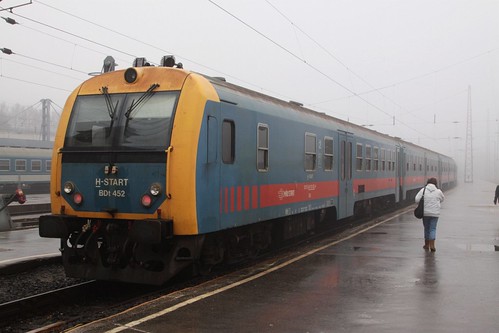 It is now time to board a westbound route 4 or 6 tram towards Széll Kálmán tér – a major transport interchange on the Buda side of the city. 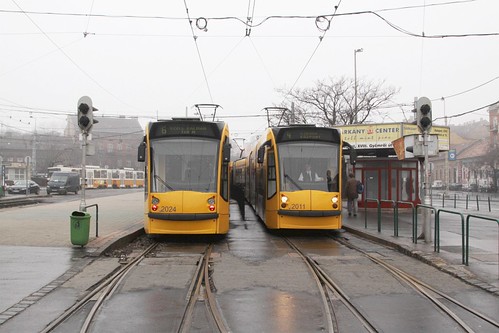 From here, you can either walk or catch a route 59 tram to the downhill terminus of the Cog-wheel railway. 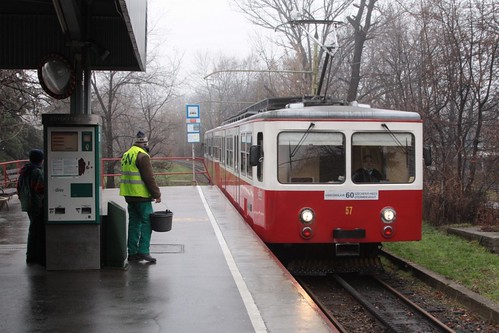 This railway slowly climbs the mountain, until it reaches the terminus of Széchenyi-hegy. 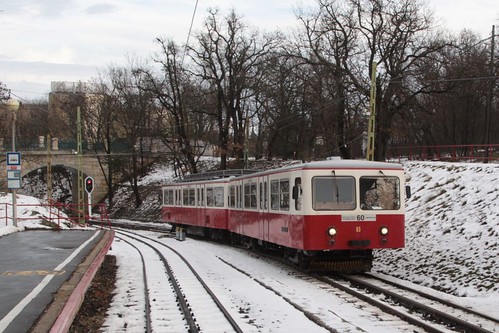 At the top of the mountain you’ll find another curious railway – the Gyermekvasút. 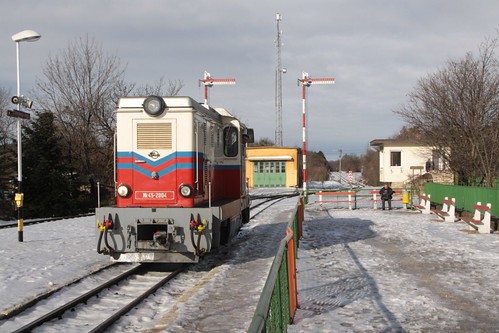 Meaning ‘Children’s Railway’ when translated into English, this 11.2 km long narrow gauge line is operated by a rotating roster of children aged 10–14, under adult supervision. 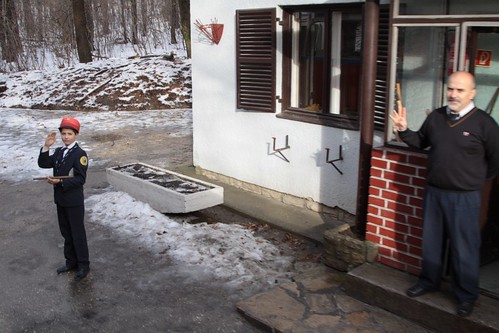 Buda Castle and the Chain Bridge over the Danube are must see sights – and on the way there, you’ll pass the Budavári Sikló – a short double-track funicular railway that climbs the hill to Buda Castle. 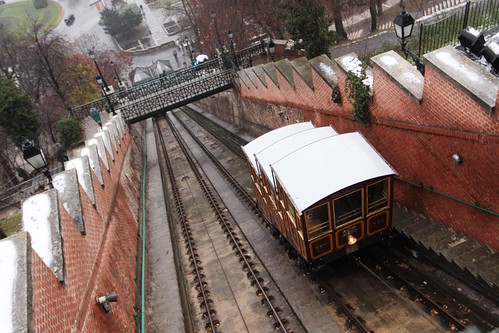 You’ll also see trams along the west back of the Danube. 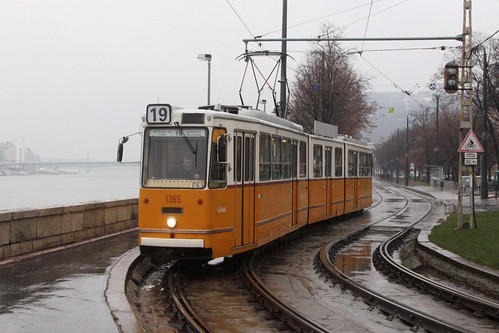 And on the other bank you’ll find the route 2 tram which travels past the sights on the Pest side of the river. 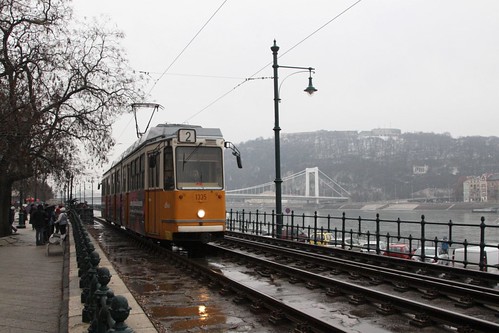 This entry was posted in Trains and tagged Budapest, Hungary, metros, railfan guides, railways in the snow. Bookmark the permalink.