On metro systems all across Russia trains don’t have air conditioning, yet no matter how crowded they get, a gale of air somehow gets blown into the saloon as soon as the train departs the station. So how do they do it without electric fans? 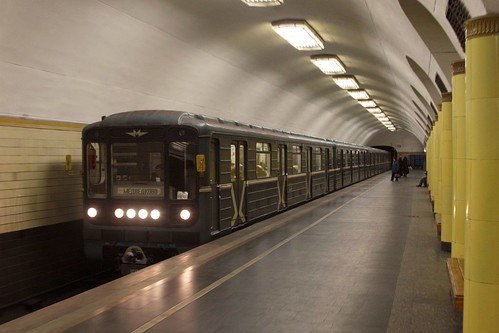 Despite the tunnels being deep underground, a network of vent shafts bring cool air down below, but the secret lies on the roof of the train – can you see it? 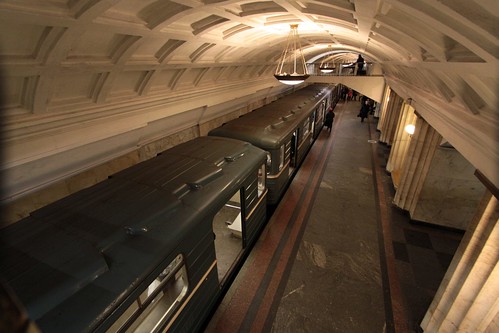 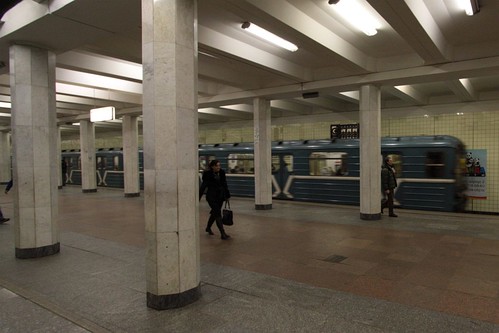 The secret is the row of scoops along each side of the carriage – one facing forwards, the other backwards. 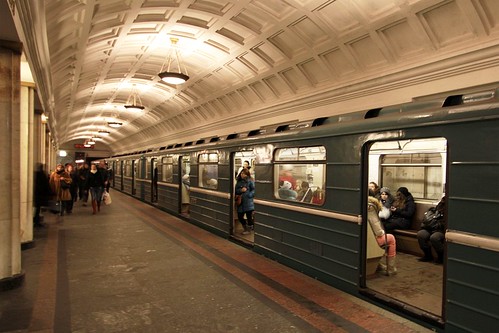 These scoops are connected to air ducts, which then lead to the ceiling vents inside the carriage. 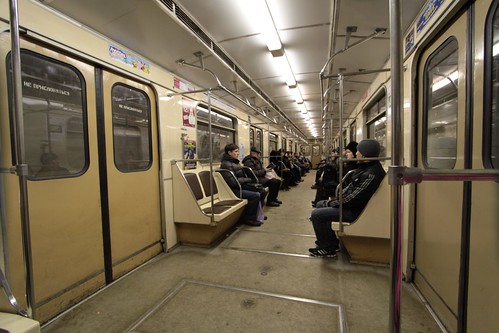 A simple solution to the problem of ventilation, isn’t it?

The Russian name for the air vents is either черпаки (‘scoops’) or черпаков (‘buckets’) – the Метро не с первого взгляда website has an article on their history. Roughly translated, it reads:

In the classic version, which is in force to this day, hoppers on opposite sides of the train are oriented opposite directions: that is, though the motion of the train air enters the carriage through a series of buckets (always on the right) and leaves from the other (always left). This scheme was first introduced in the metro cars of type «Б».

Compare this to the London Underground – forced air ventilation on their trains has been described as “more Barbie hair dryer than Wuthering Heights“.