Rapid acceleration on the Moscow Metro

When I first travelled on the Moscow Metro, there was one thing that took me by surprise – the rapid acceleration and deceleration was almost enough to knock me off my feet!

The tail end of the train wouldn’t even be out of the platform, but it would already be up to speed. 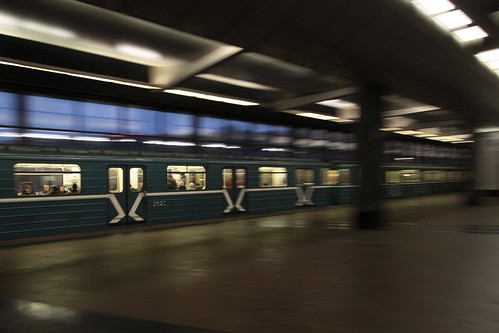 And arriving trains would enter the platform at speed, yet somehow come to a stop before the end of the platform. 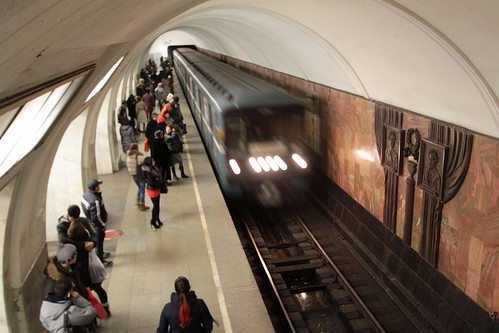 At present all Moscow Metro trains are manually driven, but trials of a locally developed automatic train operation system are underway, with the Circle Line slated as the first line to be so retrofitted.

So how does the acceleration of different trains compare? Finding the data wasn’t easy, but here are some examples:

It seems that my eyes were not deceiving me – the trains of Moscow are world leaders for acceleration.

This video by Pramod Kaushik shows how quickly a Moscow Metro train can zip out of a station.

I found an interesting Russian language piece by В. А. Мнацаканов, к.т.н. on the impact of different acceleration rates on the overall capacity of the Moscow Metro – titled Предельные возможности метрополитена как транспортной системы, it roughly translates to ‘Extreme performance of the metro as a transport system‘.

In addition, while the Moscow Metro doesn’t yet use automated trains, it does have a train protection system in place – автоматическая локомотивная сигнализация с автоматическим регулированием скорости (ALS-ARS). It both enforces speed limits, and prevents trains from passing signals at stop.