Named trains of the Moscow Metro

I only spent a few days in Moscow, but in that time I still managed to find a number of Moscow Metro trains wearing commemorative liveries. 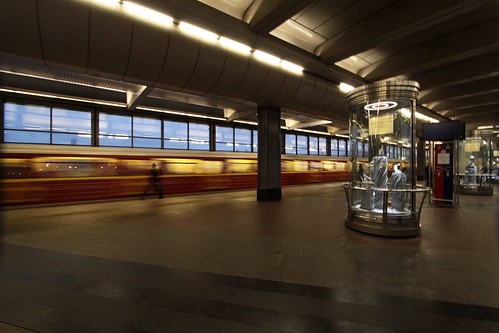 The first was the “Red Arrow – 75 years” train, which features a special red and yellow livery. 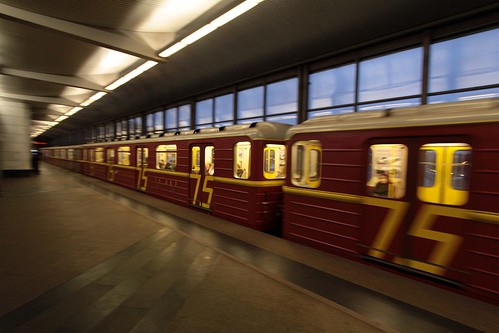 Launched in October 2006 in honour of the 75th anniversary of the Moscow-St Petersburg “Red Arrow” train, the set was damaged in the 2010 Moscow Metro bombings, but re-entered service on 15 May 2010. 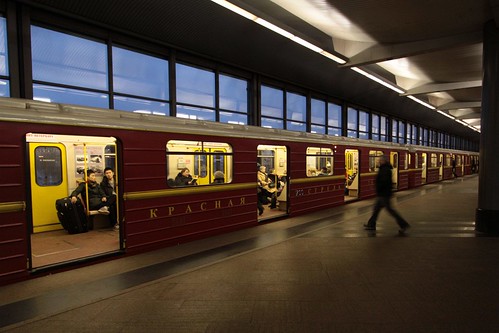 I also came across the «Народный ополченец» (People’s Militia) train. 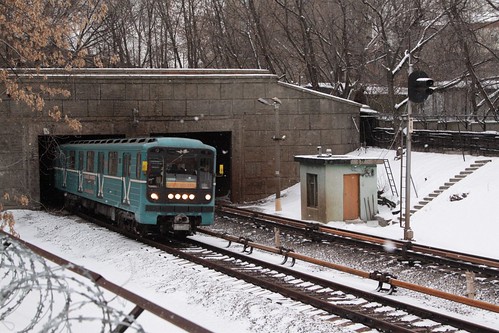 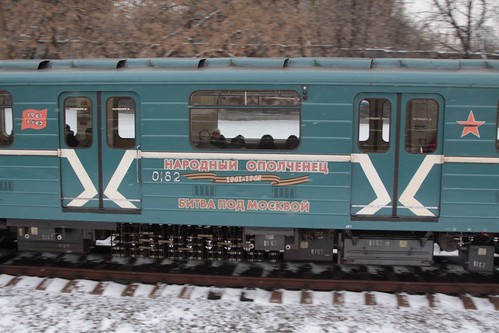 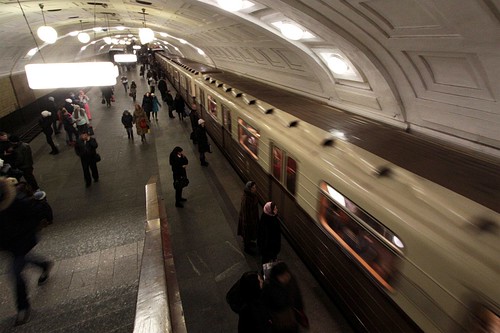 Unveiled in 2010 to mark the 75th anniversary of the Moscow Metro, the train was specially built by manufacturer Metrowagonmash as a replica of the trains that operated in Moscow back in the 1930s. 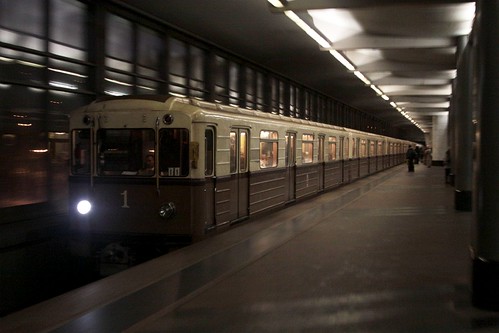 The exterior is painted in brown and tan. 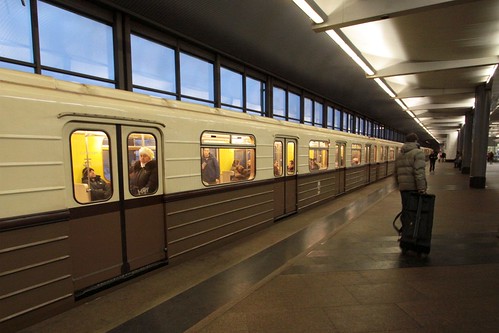 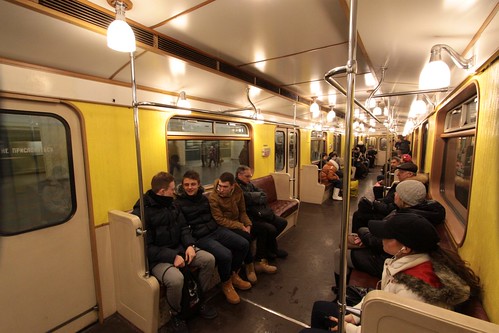 Reproduction wallpaper inside the saloon. 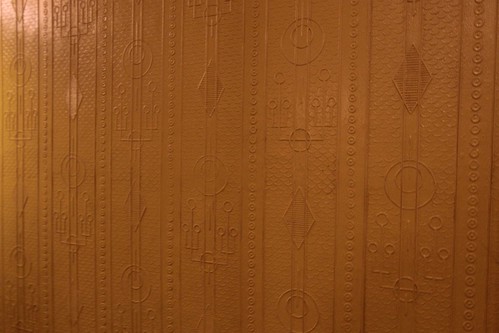 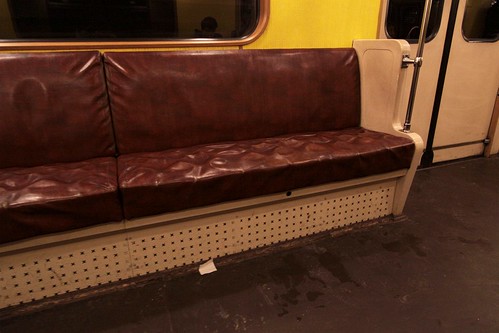 And the State Emblem of the Soviet Union on the side. 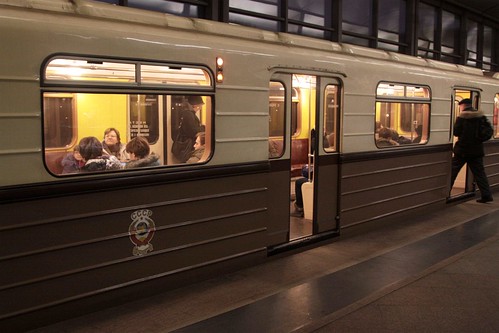 A complete list of Named trains of the Moscow Metro can be found on the Russian language Wikipedia – a total of 11 trains are currently in service, along with 12 retired themes.