Finding your way on the Bucharest Metro

If you ever visit the capital of Romania, then getting around on the Bucharest Metro can be a pain thanks to poor signage and misleading maps. 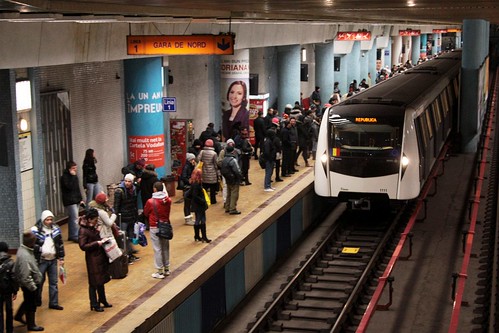 You can find the official Bucharest Metro network map on the Metrorex website, but have fun interpreting it – it features dozens of extra stations that are years away from opening to passengers!

Instead, the authors of the ‘Bucharest In Your Pocket’ tourist guide have drawn their own version that is far easier to read.

They have this to say about signage on the network itself:

Beyond the maps, signage on the system in general is totally useless. It can be very difficult sometimes to work out at which station you have arrived at: most locals know how each station looks and work out where they are that way. The best advice we can offer visitors is to work out how many stations they need to travel, and keep count!

However my experience wasn’t anywhere near that confusing – I found station names at each entrance. 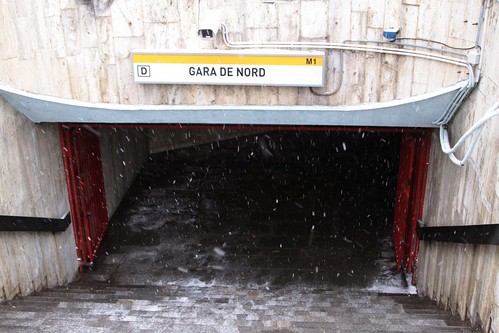 Directions to the platforms. 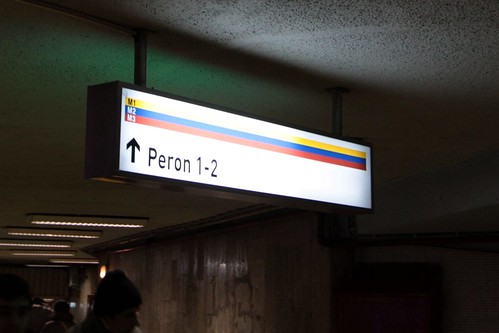 Overhead signs indicating which way the train would travel down the line. 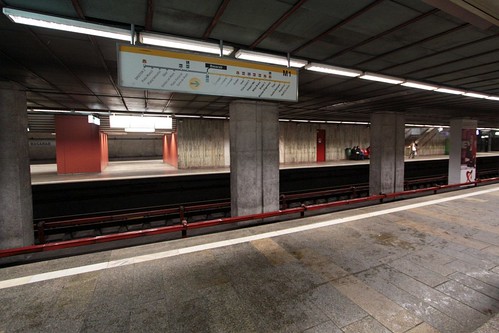 And displays indicating the next trains to depart. 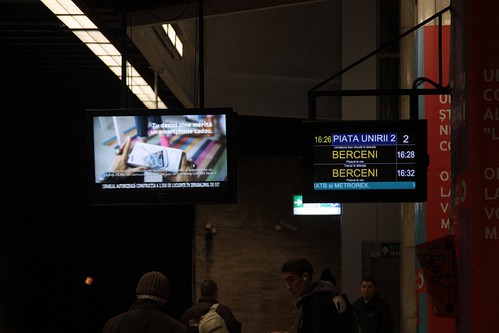 Inside there were network maps above the carriage doors – a little confusing to use, but there were there. 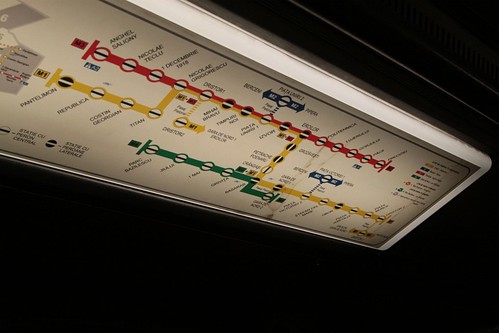 At each station along the way, the name was spelt out on the platform walls. 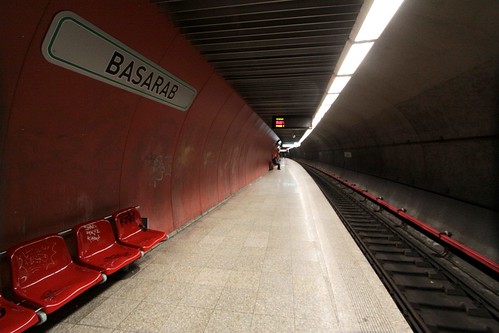 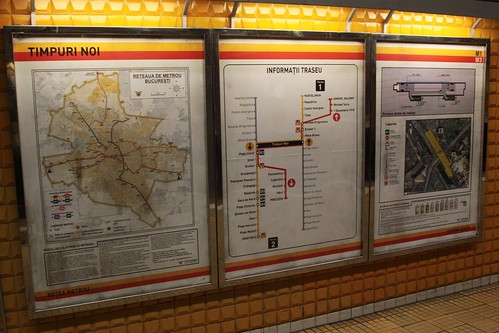 And finally on the way out, signs directed passengers towards each marked exit. 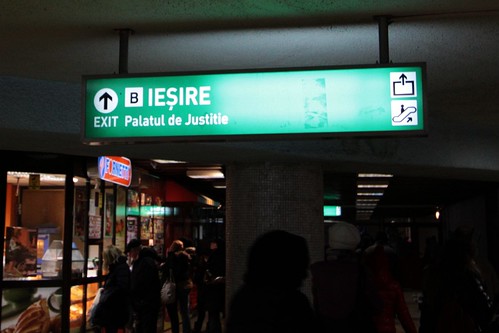 In all, I wouldn’t say that the Bucharest Metro is an easy to navigate system, but I have seen worse!

On my visit to the Bucharest Metro I still found examples of what looked to be 1980s-era signage around the network – I’m hoping it is up to date, but I can’t be sure. 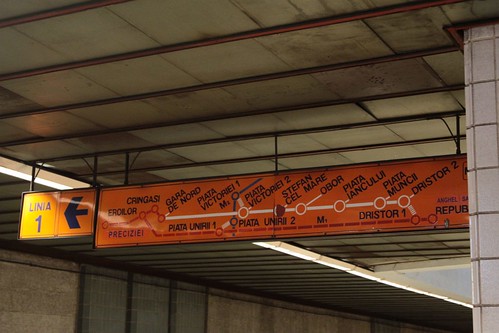