When arriving into a new city late at night, the last thing you want to do is traipse all over town in an attempt to find your hotel. I found myself in this situation when travelling to the Romanian city of Brașov, but my solution didn’t quite work as well as planned. 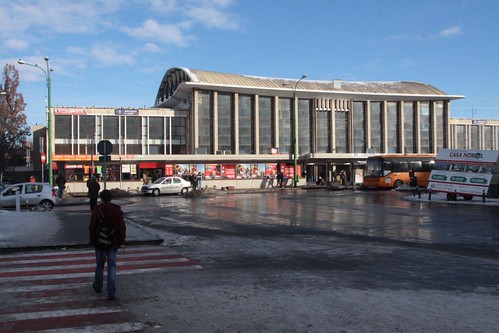 My train journey to Brașov was planned, giving me a 11 PM arrival into what was going to be a snow covered city. I had also weighed up my hotel options in advance, and thought I had discovered a solution to my problems – the ‘Hotel Elegance Express’ located at the railway station itself.

They billed themselves as ‘three star quality at two star prices’ so my expectations were low, which was a good thing – as soon as I stepped into the foyer the stench of stale cigarette smoke hit me. In addition my ‘non-smoking’ room was anything but, with an ashtray on the table and the same stench filling the room. Given that is was the middle of winter with temperatures below zero, opening the window was not an option.

While the location was convenient, there was a downside I didn’t consider – all night long the announcements at the station below continued to play, with a distinctive chime prefixing the arrival and departure of each train.

At least for the trainspotter in me the view was excellent, with the window looking out over the station platforms. 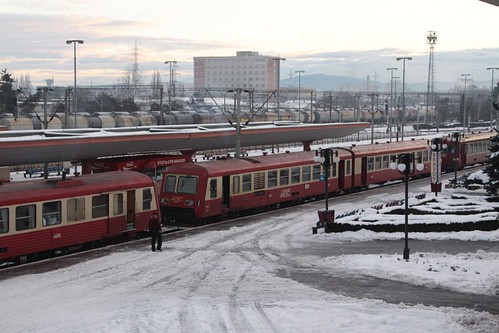 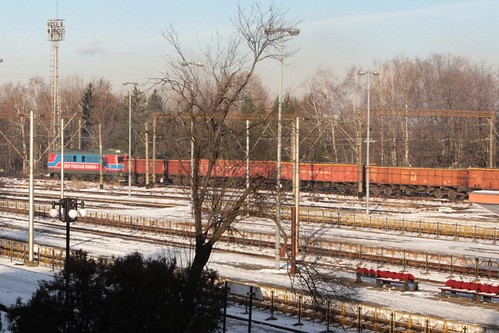 I’m not sure what the moral of the story is, other than take promises of ‘non-smoking’ rooms with a pinch of salt.

According to Wikipedia the chimes preceding each announcements represent a few notes of Romanian composer Ciprian Porumbescu’s operetta Crai Nou.