Because I travelled across Russia by train I had no need to refuel a car, but I still saw plenty of petrol stations. 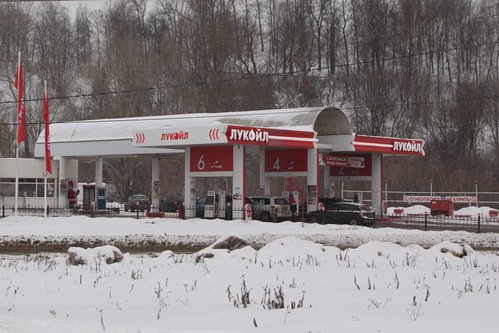 ‘Лукойл’ (Lukoil) is the leading fuel retailer in Russia by fuel volume share. 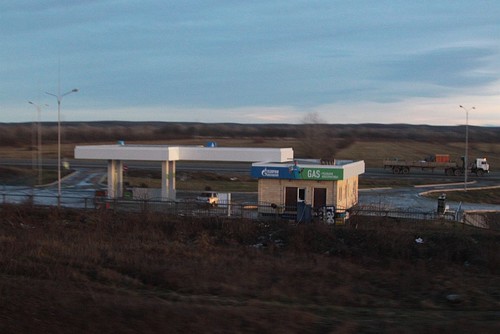 ‘Gazprom’ is better known in the west as being a massive supplier of natural gas, but they also run petrol stations. 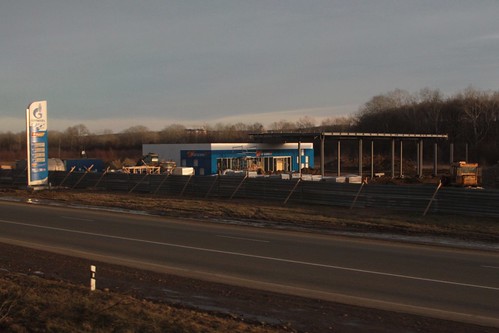 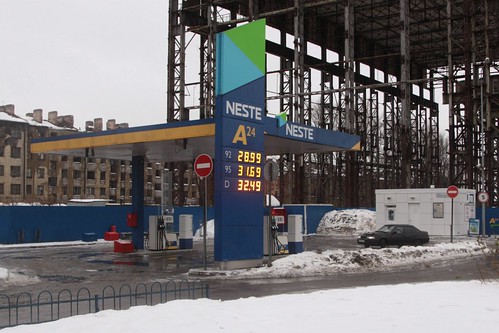 The Finnish oil company ‘Neste’ is also getting in on the market. 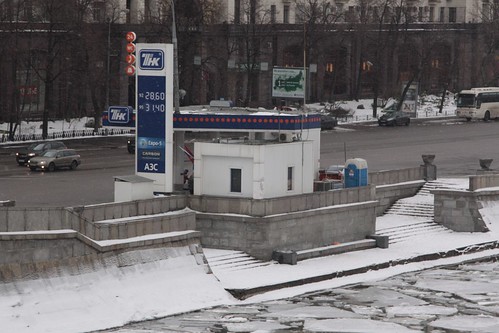 ‘TNK’ (Tyumenskaya Neftyanaya Kompaniya) has around 1,400 petrol stations across Russia and Ukraine, including this tiny one on the banks of the Moskva River in Moscow. 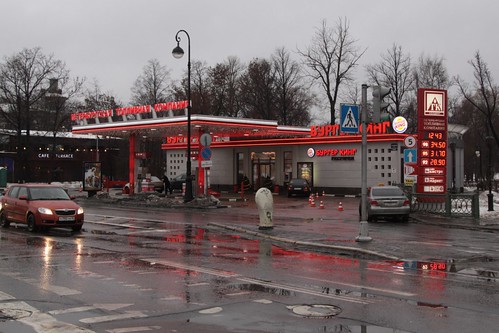 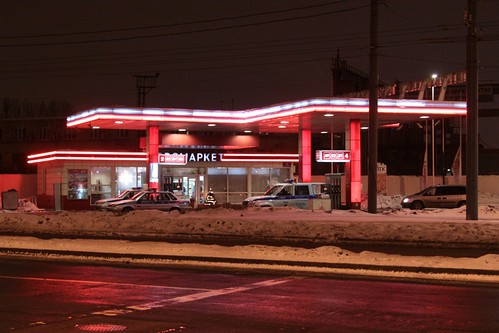 This entry was posted in Everyday life and tagged motoring, petrol stations, Russia. Bookmark the permalink.