On my visit to Kiev, I was pleasantly surprised by how easy it was to get around the city via the metro network – the key being the well designed directional signage. 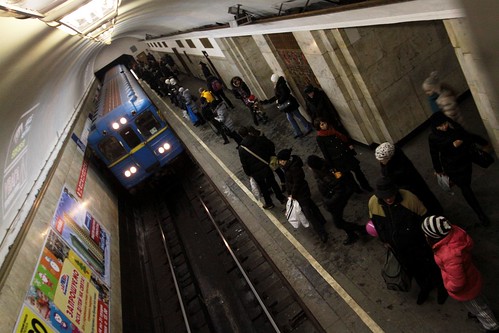 The majority of signage was bilingual – featuring Ukrainian and English. 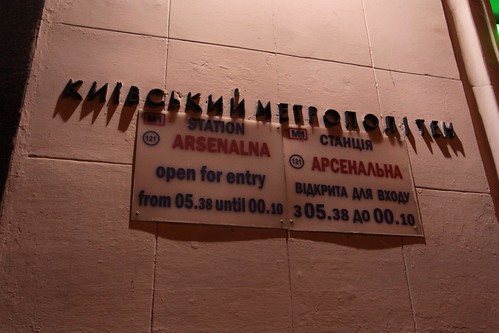 At platform level, more bilingual signage indicated which direction which train to catch for a given station. 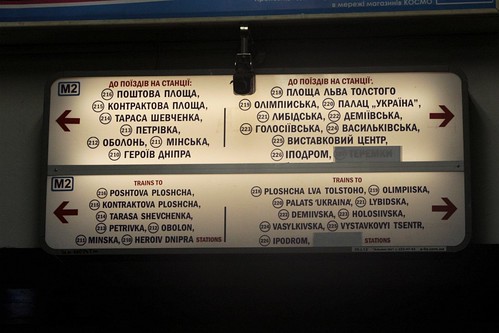 And then on each platform, signs on the opposite wall list every station from here to the end of the line. 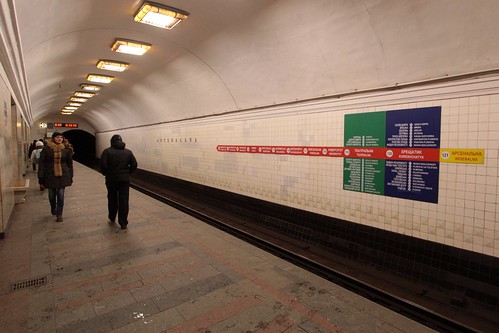 Each line has a different colour – red, blue or green – and each interchange station lists the stations to be found on the relevant line. 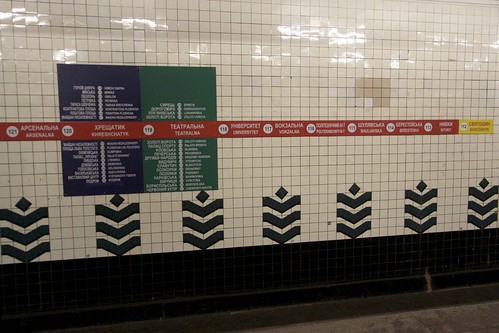 Finally, once you board the train screens on the carriage roof announce each station – in both Ukrainian and English. 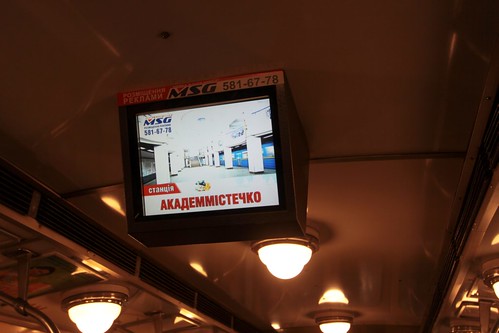 An interesting feature of the next train display is the image – each station on the Kiev Metro has a different design, so a photo of each station is displayed along with the station name! 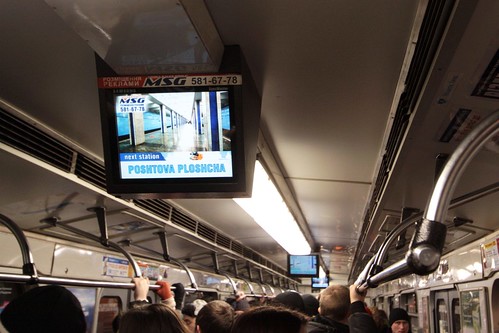