A flying visit to Rostov-on-Don

While headed from the Ukrainian capital of Kiev to the Black Sea resort of Sochi, we had to change trains in the Russian city of Rostov-on-Don. 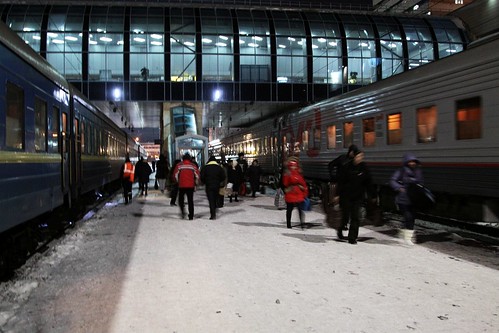 It was right on dinner time, yet we couldn’t find anywhere in the railway station selling hot food, so we headed across the road to the автовокзал (bus station). 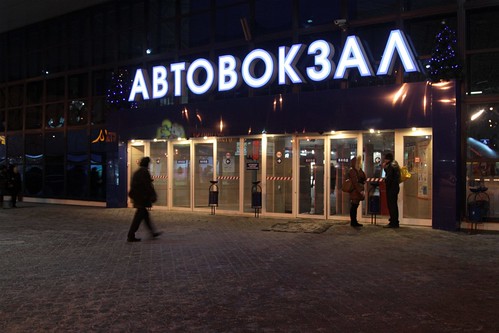 The first place we tried was a pizza shop, where they sold reheated pizza by the slice – one piece was enough for me to look elsewhere!

Next door was a fast food restaurant called ‘Кантри Чикен’ (Country Chicken) so we gave them a go. 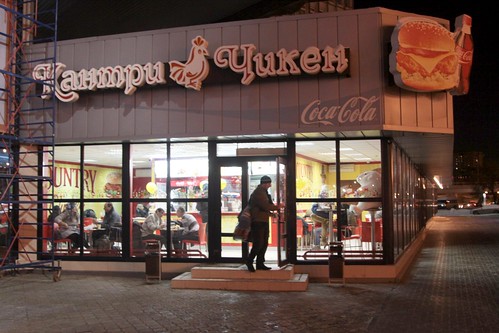 They had beer on tap. 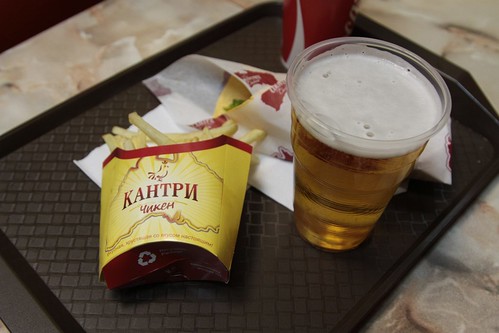 But their choice of branding was bizarre. 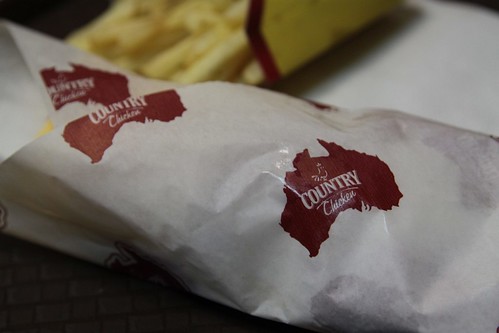 Since when does anyone associate Australia with a KFC-style fried chicken ‘Twister‘? 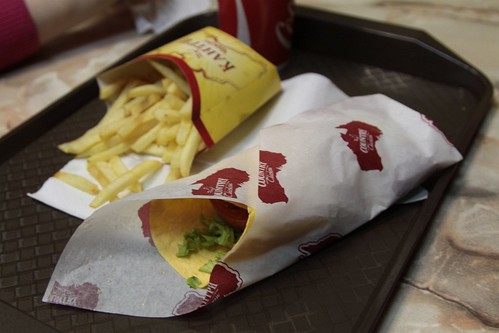 The Australian theme continued through the restaurant, such as this novelty plaque on the office door. 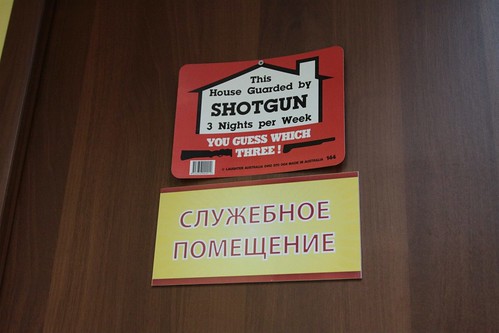 With our stomach full, we walked through the freezing cold back to the railway station, passing a model KTM-19 tram on the way. 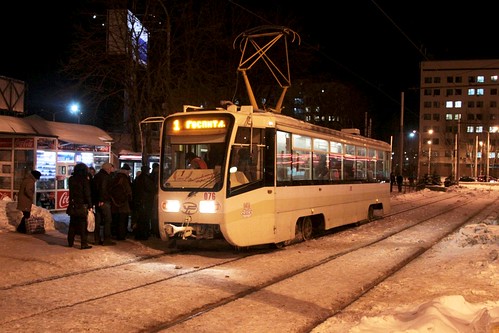 Our train eventually arrived, and we wandered down to our carriage. 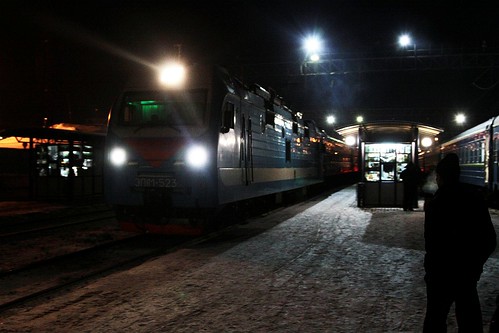 Given it was Christmas Eve, we decided to fork out the extra money and book a first class sleeping berth just for ourselves, instead of taking the chance on a cheaper four berth compartment. 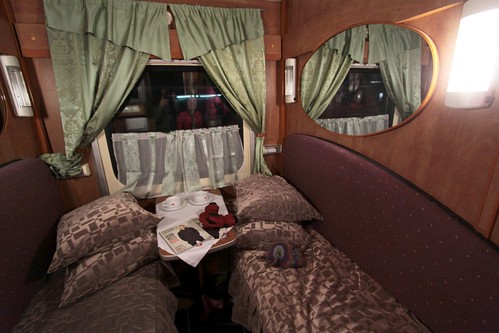 According to their corporate website, there are over 450 ‘Country Chicken’ outlets around the world, located in Australia, New Zealand, Saudi Arabia, United Emirates, Russia and Fiji, with around 30 of them located in Russia.

This entry was posted in Trains and tagged Australia, railways, railways in the snow, Rostov-on-Don, Russia, Russian Railways, snow, winter. Bookmark the permalink.

2 Responses to A flying visit to Rostov-on-Don