Continuing on my theme of the world’s deepest metro stations, this time I visit the second place holder at 86 metres below ground – Admiralteyskaya in Saint Petersburg. 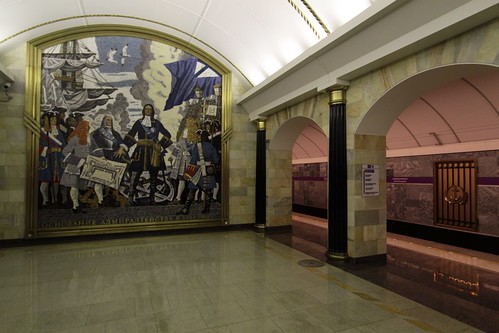 Construction of the Line 5 metro that passes through the station site commenced back in 1987, but it took until 1997 for the first trains to run. The station platforms sat unused for a number of years, as no acceptable location for the ground level exit could be found in the densely populated streets of Saint Petersburg. In 2007 work restarted, the decision having been to acquire an apartment building to make room for the station exit, with work being completed in 2011.

We start our journey down on the platform level. 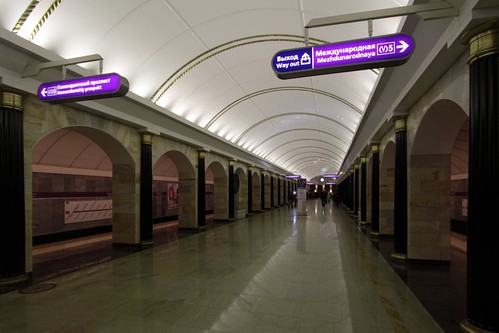 At the far end beneath a stained glass window is a bank of four escalators. 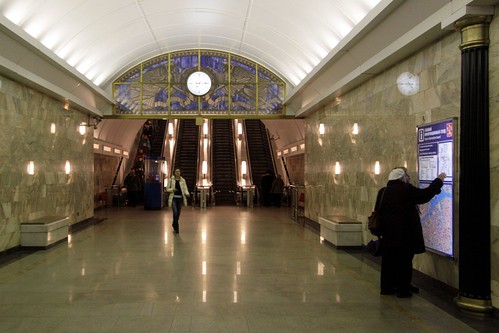 Only 25 metres long, these escalators are only the first stage of the climb out of the station. 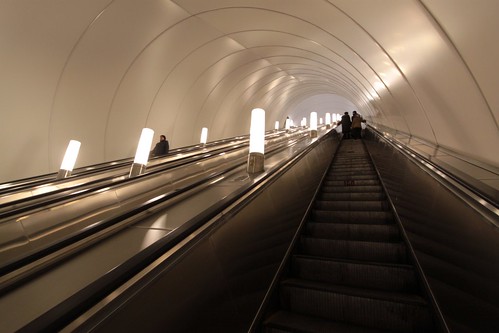 The next stage is a level ‘u’ shaped passageway. 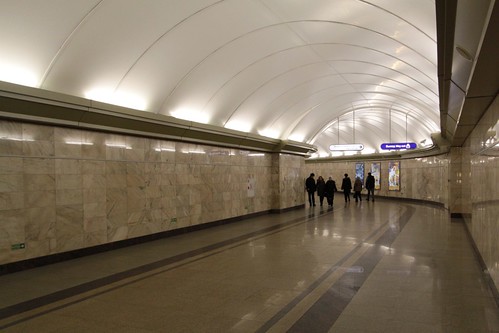 Decorative mosaics are located above a set of fire doors midway along. 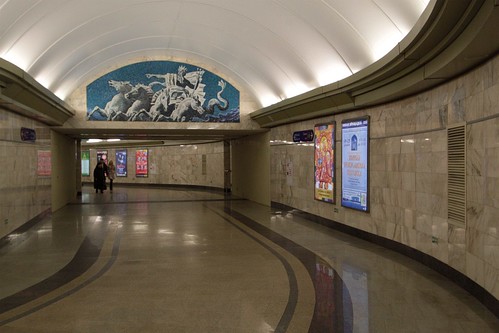 At the end of the corridor is the main flight of escalators, 125 metres long and leading up to the surface. 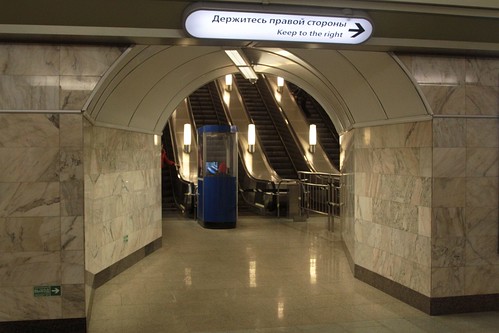 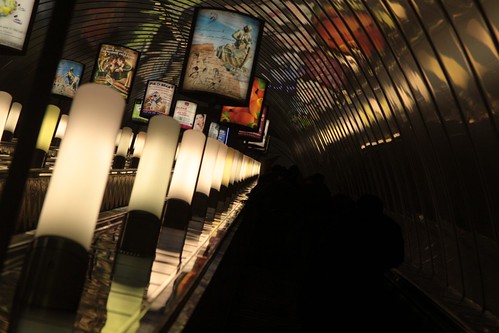 Finally, we reach the surface, where the station entrance has been integrated into a rebuilt apartment building. 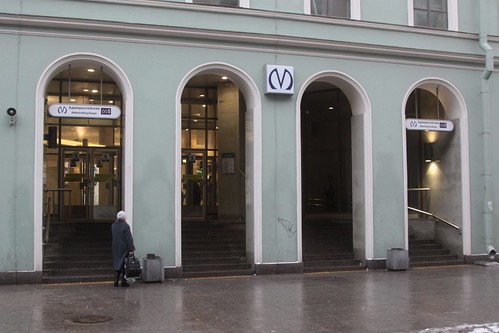 This entry was posted in Trains and tagged metros, Russia, Saint Petersburg, underground. Bookmark the permalink.