During my visit to Russia, I spent a number of days at the same place in Saint Petersburg, so I hit up the local supermarket for some provisions. First stop was the breakfast aisle. 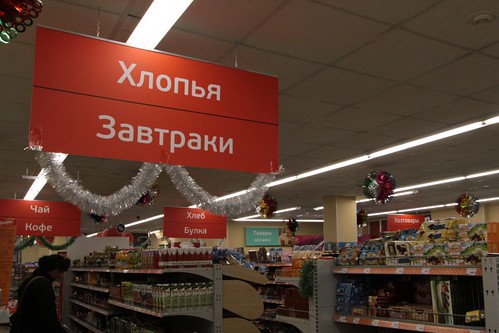 Then some milk – the cartoon cat is the spokesperson for ‘Простоквашино’ brand in Russia. 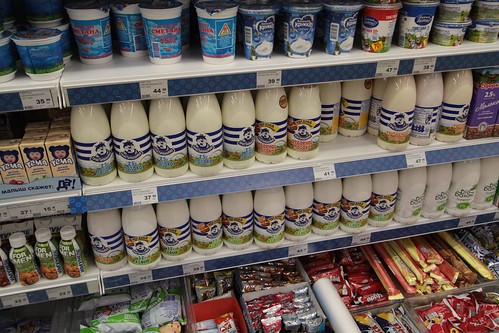 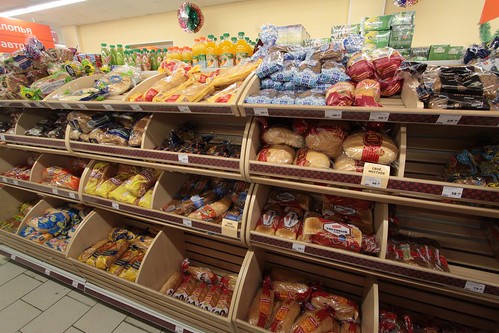 I’m not the kind of person who enjoys a continental breakfast, but there were plenty of packaged meats and smallgoods for sale. 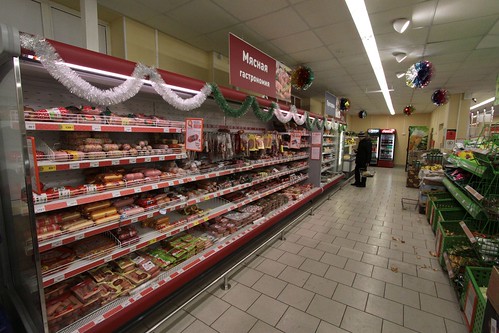 An entire aisle of local beers was also on offer, but it was a little early for that! 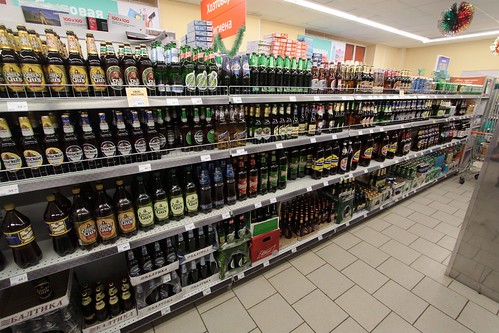 Finally, it was finally time to pay for my purchases. Compared to an Australian supermarket, the checkouts were much smaller, and the customer needs to put their own shopping into bags. 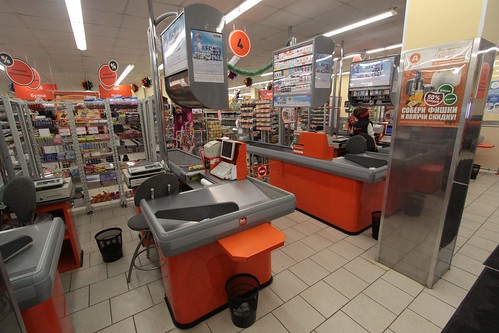 Another difference is the cigarette displays – everything is on show, and you can buy them from any register! 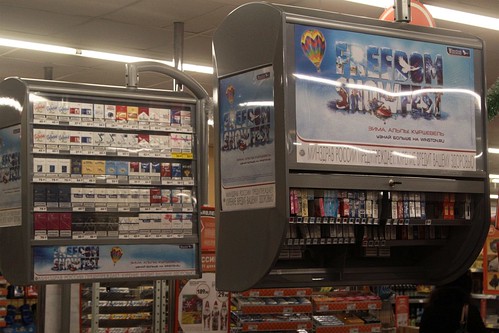 One useful service at the front of the supermarket is free lockers – just put your backpack inside, then lock it up and take the key while you shop. 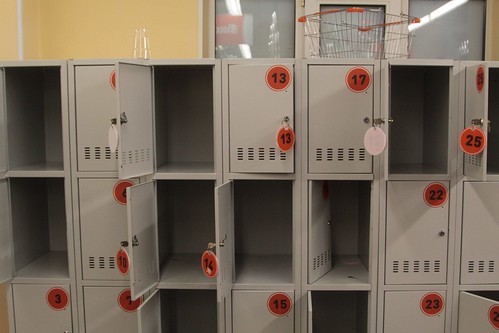 The supermarket I visited is called Дикси (DIXY) – it’s Russia’s third largest food retailer, with over 1400 stores across the country, mostly in Moscow and Saint Petersburg. Most of them are smaller than your standard Australian supermarket – doing a ‘weekly shop’ with a massive shopping trolley is an unheard of concept in Russia.