During my trip to Russia I discovered something I haven’t seen elsewhere – advertisements for retailers, where each store has the nearest metro station listed. 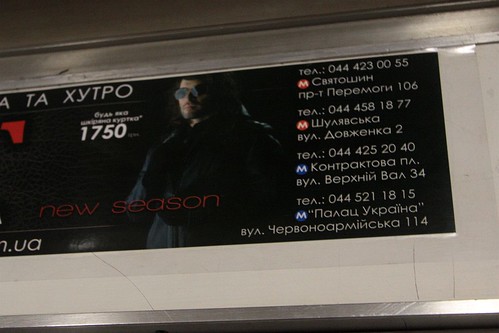 I found the above example across the border in Ukraine, but it seems to be a common pattern across the former USSR – a retailer will list all of their stores, with the coloured logo of the relevant metro line listed alongside, as well as the name of the nearest station.

Online retailer Ulmart is another example that takes it even further – on their website each store in Saint Petersburg is named after the nearest metro station, and has a coloured metro line icon beside it. 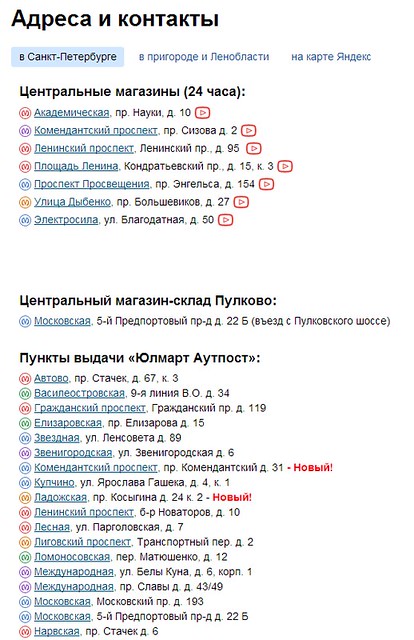 When you visit the details for each store, the public transport options are also front and centre on the page. 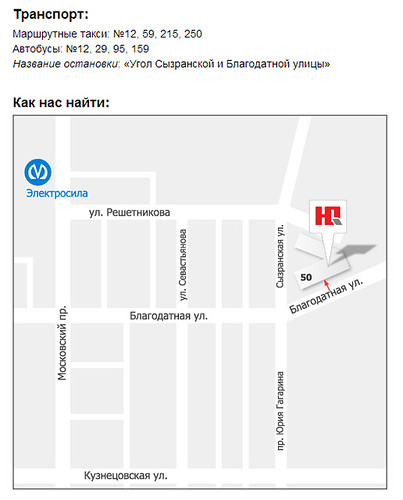 Advertisers from Moscow, Saint-Petersburg and Kiev can include their nearest metro station to ads on Yandex search. The ad will then display a metro logo and the name of the station.

It just goes to shows how important the underground rail networks of the former USSR are to the cities above them.