Sochi and the multidimensional theatres

Sochi is a popular resort town on the Black Sea coast of Russia, and like anywhere tourists flock to, so do the gimmicky tourist traps. 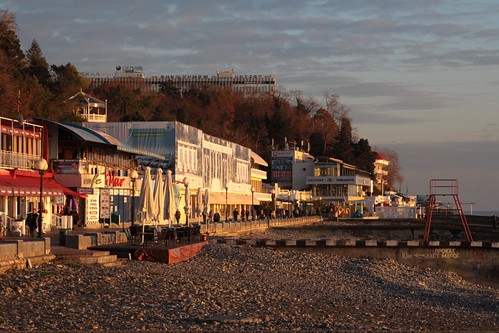 The first novelty I found was a 3D motion simulator. 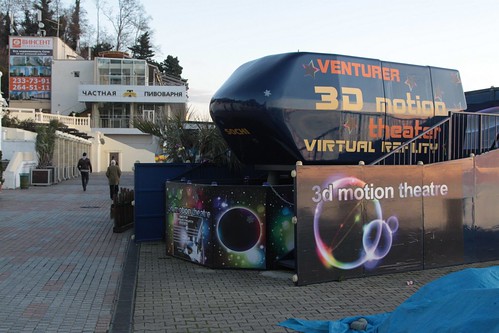 Competition for the tourist dollar must be high, as down the road another theatre operator added two more dimensions to draw in the punters. 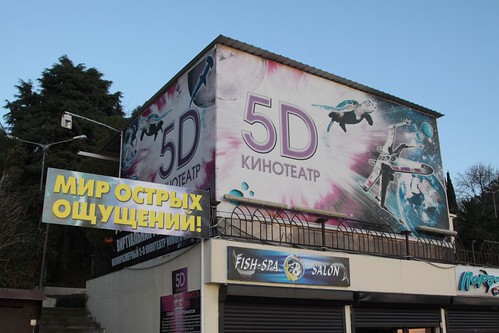 The game of one-upmanship continued a short distance along the promenade, where a total of seven dimensions were offered to prospective patrons. 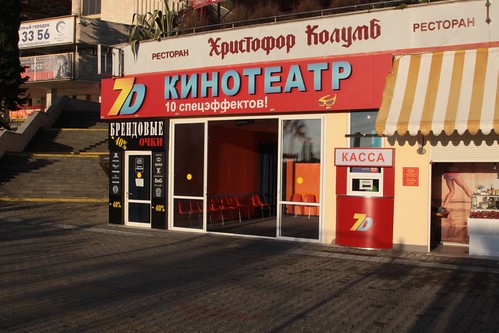 That must have thrown down the gauntlet, because across the street the management of this «Интерактивный кинотеатр» (interactive cinema) threw another dimension into the mix. 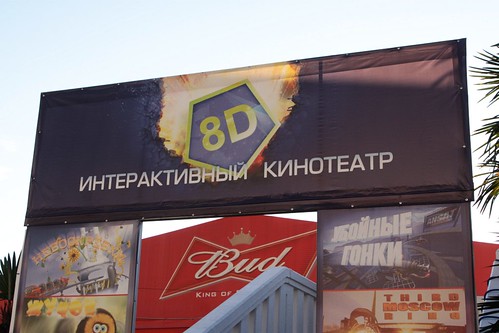 But to be “super real” you need the ninth dimension in your cinema. 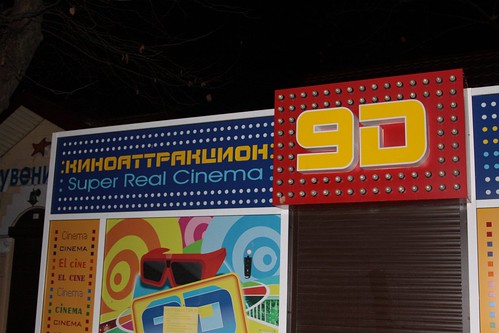 All of these ‘cinemas’ I found in Sochi played low budget 4D films – a 3D film with physical effects such as rain, wind, smoke, smells, strobe lights, and vibration that are synchronised with the film itself.

This entry was posted in Tourism and tagged 4D film, Russia, Sochi, Со́чи. Bookmark the permalink.