On my trip to Europe I paid a visit to the world’s deepest railway station – Arsenalna (Ukrainian: Арсенальна) on the Kiev Metro in Ukraine. At 105.5 metres below ground, the trip back to the surface takes some time! The odyssey starts at platform level, when you step off the train. 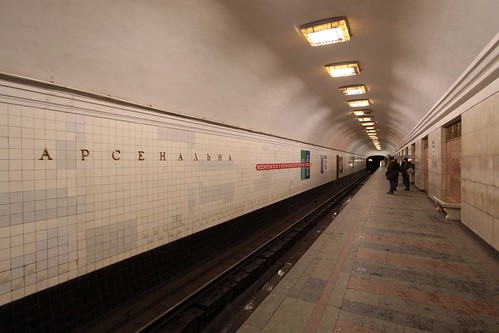 A trio of escalators lead up to the surface. 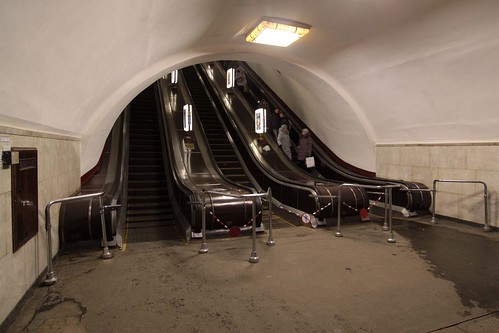 For the world’s deepest Metro station, the escalator ride doesn’t seem much longer than the other ones I encountered on the Kiev Metro… 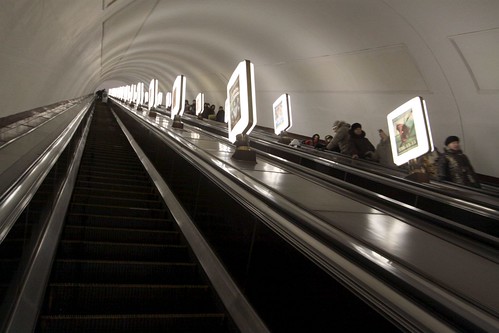 So I was surprised to reach the top in just two minutes. 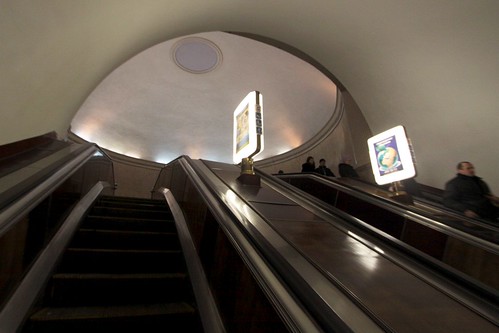 But little did I know – this was just the midpoint of the climb! 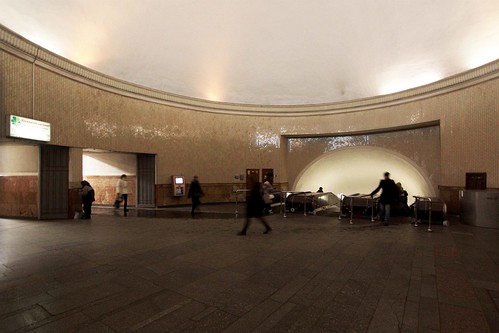 Time to step onto the second set of escalators to climb the next 50 metres to the surface. 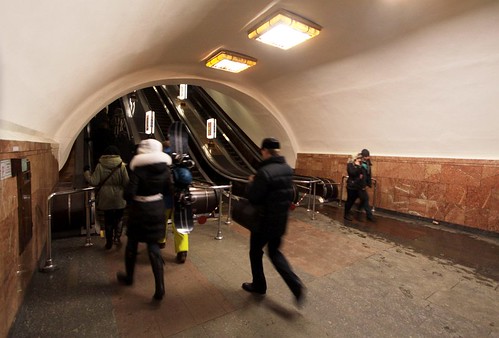 With such a long ride to the top, there is no point in standing to one side to let other people through. 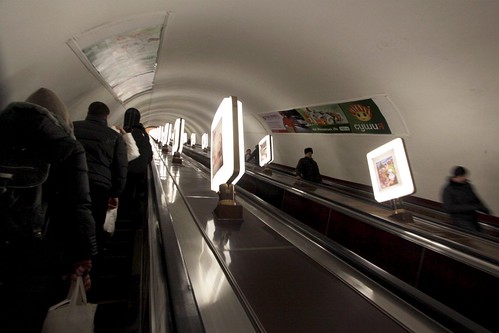 I finally reached the top level concourse five minutes after leaving the train. 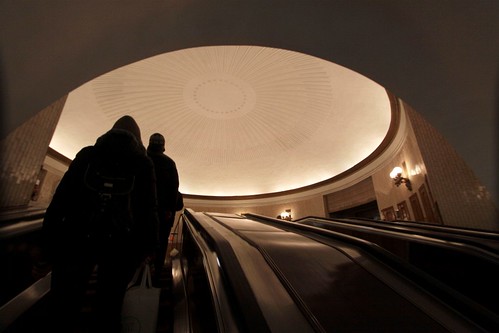 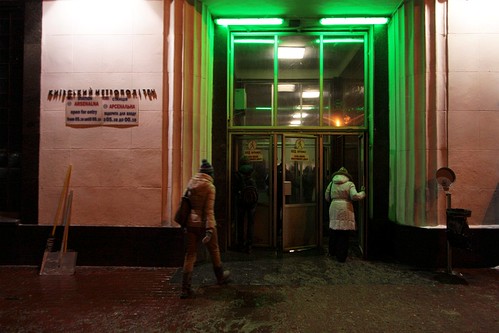 This entry was posted in Trains and tagged Kiev, metros, Ukraine, underground. Bookmark the permalink.

6 Responses to Journey to the world’s deepest metro station